How to trim beard styles. Stubl, the First Blade for the Perfect Stubble Shave Every Time, Surpasses Kickstarter Goal as Crowdfunding Continues to Gain Momentum 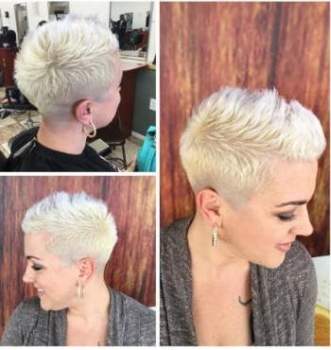 Touted as ‘the first blade for the perfect stubble shave,’ the new easy-to-use, travel-ready Stubl Razor has eclipsed its crowdfunding goal on Kickstarter as the product gains momentum with more than a month remaining in its campaign.

“Since most razor manufacturers have largely ignored this segment of the market, men have been left with expensive electric razors and beard trimmer as the only options to achieve and maintain the stubble look," said Stubl Founder and Creator Blake Squires. "We believe men deserve another option that allows them to unplug and we're excited consumers are responding favorably to Stubl.”

With Stubl, men can achieve the consistent stubble look they want by adjusting the blade using its proprietary cap design to set it to any of three different gauges:.45mm,.85mm and 1.25mm.

“Most people have the misconception that the stubble look is easy to maintain and you just roll out of bed and that’s it, but it isn’t,” Squires added. “Since some men’s beards grow at different rates on various parts of their faces, that can make it even harder to get the same look every day.”

The proprietary cap snaps onto the blade to raise it just above the skin so there’s no razor contact on the face and no creams or oils are required. Plus, with Japanese steel on the blades, Stubl cuts and grooms with virtually no sensation of pulling on the user’s facial hair. Stubl is manual, so men can even dry-shave with it to get the stubble-look, and it’s travel ready – making it different from other products on the market.

Stubble is a popular look sported by celebrities, athletes and stylish men everywhere, and studies show that women find it particularly attractive. According to beardstyle.com, the stubble look has been the most popular beard trim of 2015 and 2016 – and the trend has led to a celebrity-loaded list of the Top-25 stubble beard styles.

“If you scan men’s magazines, nearly one-third of ads feature a guy with stubble, so there’s no escaping how popular the look has become,” Squires said. “Now, with Stubl, any man can maintain the stubble style quickly, easily and painlessly.”

During crowdfunding, Stubl is available at discounted, early-bird pricing starting at $18 for the Stubl Solo – which includes a Stubl Handle, one Stubl Blade and one.85mm Stubl Cap – with other packages also available. For more information, visit the Stubl Crowdfunding Page on Kickstarter.

There are no comments for this post "Stubl, the First Blade for the Perfect Stubble Shave Every Time, Surpasses Kickstarter Goal as Crowdfunding Continues to Gain Momentum". Be the first to comment...