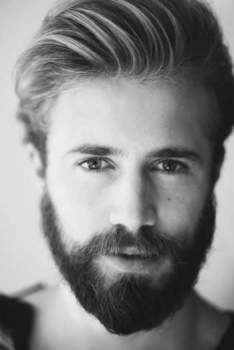 How To Find The Perfect Beard Shape For Your Face

The humble beard, once the defining feature of hoodie-clad hipsters, now belongs to the masses. Suggestions that we have reached “peak beard” are clearly premature, though, as an increasing number of guys in white-collar professions have adopted the style. Perfect beard style.

And why not? Some well-tended facial hair can do wonders for a man: it can hide those curious, age-related jowls or, conversely, add a good decade to a baby face. A beard can instantly create an air of (possibly non-existent) rebellion to a strait-laced man. And when worn to your comfortable office job, it tells the world that you are no corporate slave, goddamnit.

The catch, however, is that growing a beard involves a lot more than simply not shaving. As with haircuts, there are certain laws of geometry that must be observed. A wide chinstrap would look absurd on a round face, a soul patch positively devilish on a triangular face. With the assistance of some renowned barbers, we outline the most suitable beard-styles for your face shape.

The epitome of masculinity, a square face can pull off almost any beard style with little effort. Where most people will unsuccessfully try to add some harder angles to their face, you, dear Square, need not lift a finger. Stubble may accentuate your facial contours but deliberately shaving any straight lines into your barb is overkill.

Longer face shapes often need balancing out, so steer clear of goatees or isolated growth on the chin, as these will elongate the face. Sideburns will have the same effect.

Better to add weight to the cheeks with a fuller beard that is thinner at the chin and moustache. But beware: “Guys with oblong faces often have long necks. The trick here is to not shave too high under the neck, as the beard will look weird,” warns master barber Carmelo Guastella.

The symmetry of an oval face means you can pull off almost any look. “I prefer to style the beard so that the sides are shorter than the front,” says Sukru, hair & grooming expert for Neville. “Keep the sides at a maximum of three millimeters and the front between six and nine millimeters.”

Guastella, however, prefers an altogether neater look for oval faces. “Simply shave hairs that are high on the cheeks and clean up any growth on the lower neck,“ he advises.

The objective here is to slim down the face. A full beard will only exaggerate roundness, so it might be wiser to opt for a simpler beard that’s shorter at the sides than it is around the chin and upper lip. Round faces don’t have a prominent jaw or any inherent angles so you really want to taper your beard properly to give the illusion of sharper contours.

In some cases a simple square goatee might work since it adds much-needed definition and counterbalances the softness of the chin. It also draws attention away from the edges of the face and towards the mouth and lips. The cheeks should always remain clean-shaven in this case.

The hard angles of a triangular face may need a little softening, so avoid any sharp lines or over-the-top detailing. Also, resist anything that will elongate the face further, such as sideburns.

Balance out the wide hairline with a fuller beard that begins below the cheekbones. Just make sure it doesn’t get too pointy at the chin. “You want to give your chin a bit more strength by squaring your beard in this area,” says Guastella.

There are no comments for this post "The Geometry Of The Perfect Beard - Grooming". Be the first to comment...