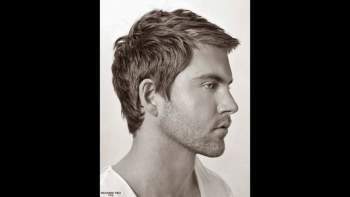 Aside from the wrestling matches, pole vault, and swimming, only to name a few—Athletes have a lot going on in the 2016 Olympics in Rio. The Olympics Games are more than super-humans performing stunning physical feats—they are also a parade of the greatest and latest global grooming trends. Of course one of those trends being the beards. Top 10 beard styles 2016.

Forget the Olympic sports competition, the real competition is actually happening in the Athlete's Village and they called it ''The Beard Off''. Polo's player Howden and shooter Repacholi kicked off the contest as to who wears it better. Without further due, let's analyze who win the division ''Best Beard'' at the 2016 Olympics—and how to mimic those beard styles of course.

Before we continue, make sure to grab your copy of our brand new Free ebook: The ultimate Beard in 10 easy steps!

Who is he: This big 6'6'' man is an Australian shooter that will hit the shooting range in Rio for his fourth Olympic Games. He won the gold medal back in Sidney in 2001 and is also help the Australian win one of the three men's pistol at the 2015 Oceania Championships. The long and wild beard of Repacholi has made him the undeniable ''King of Beards'' in Rio. In a beard contest with Howden, Olympic volunteers thought he wore it better.

How to achieve it: Repacholi keeps his moustache trimmed at the lip and appears to grow the rest of his beard wild. Like for the ''lumberjack'' full beard—the key to this look is time. Lots of time.

Cons: Maintenance is key to this style—a good beard shampoo, beard oil and beard balm should be used to smooth, hydrate and soften unruly beard bristles while hydrating and nourishing the skin underneath. This beard grooming kit is perfect for it.

How to achieve it: Although the fact that Seth appears to slightly shape his beard to give it a fuller look—when you're talking about full-on lumberjack beard, the only real secret is time, lots of time. It takes an Olympian discipline to resist the envy of shaving it off and takes a lot of patience to reach the summit of this look.

Cons: Maintenance is key to this style—a good beard shampoo, beard oil and beard balm should be used to smooth, hydrate and soften unruly beard bristles while hydrating and nourishing the skin underneath. This beard grooming kit is perfect for it.

Who is he: This 29 years old water polo player started playing at the age 14—made his international debut in 2007. His first Olympic experience was at 21 years of age at the 2008 Olympic Games in Beijing—were he played driver for the Sharks, which placed eighth.

How to achieve it: This look has a higher line on the cheekbones than a boxed style. Howden appears to keep that line natural and fuller than the traditional tight. The Medium Tight Beard requires at least 2 or 3 weeks of growth—after what you'll want to trim it with the No.4 or No. 3 guard.

Who is he: Tinsley's motto; ''All gas, no brakes''—represent him very well, Tinsley goes for broke every time he competes. This young man has cleared 10 three-foot barriers around a 400-meter track in a jaw-dropping performance of 47.7 seconds.

How to achieve it: After a couple weeks of beard growth, time to get busy with the gardening. Tinsley has a 5 o'clock shadow on his face, and a 2 guard on the chin. To make the shadow, use your beard trimmer with no guard and shave the whole face—ecxept for the chin and moustache. Then go with a 2 to 4 guard on the chin, and a thinner stache with a guard 1 to 2. Blend the beard into the sides, with a half taper to add the right accents. The mustache being trimmed way down makes the chin pop out.

Who is he: This 29 years old wrestler ranked fifth in the world for Greco-Roman wrestling. The young athlete is not a stranger to adversity, as he had to overcome injuries and work part-time jobs, in order to keep his Olympic dream alive.

How to achieve it: Most of the time, attempting a Magnum moustache often end up more like Bisek's stache—a bit uneven,a bit overgrown, but still a whole lot of fun! There is no secret to develop the perfect moustache; let it grow. Keep the mustache line just below the lip and be careful to make a nice straight line. You should always cut it dry to see its natural fall and length.

Cons: Maintaining an awesome mustache like Bisek require daily combing and trimming. To do so, use a wood beard comb like this one —and comb the hair downward over the lip, and trim extra-long hairs.

Who is he: This wrestler of only 5'4'' is a real mountain of rock. Dennis lived out of his pickup for about 5 months while trainning—he is most famous among its friends and teammates for starting the ignition of his '95 Ford with a knife.

How to achieve it: This type of beard is fuller than the traditional tight and also higher on the cheekbones than the boxed style. The medium tight features low edge that falls 1 or 2 inches below the jawbone, and well-defined borders. The Medium Tight Beard requires at least 2 or 3 weeks of growth—after what you'll want to trim it with the No.4 or 3 guard. While keeping the length consistent throughout your beard, follow the natural beard lines. By being very careful not to crop too far into the cheekbone, drop down to a No.1 guard and work the perimeter. After, use a trimmer with no guard to clean up the lower lip area.

Cons: Maintaining this look require some more beard maintenance; daily trimming, beard wash, and beard oil. A beard grooming kit like this one is perfect.

Who is he: Mr. Porter acquired his spot at the Olympics Trials by completing an incredible Hail Mary dive over the finish line. He earned his spot in Rio and became an instant internet fame.

How to achieve it: This clean cut look is achieved best with a straight or DE razor blade. Apply a warm towel on your skin to soften up the face, and apply shave cream or soap after. Hold your skin tight between your fingers and thumb and shave, gently in downward motion. The moustache of Porter's form a skinny bridge between the mustache and the beard. But this result only depends on your particular face shape—the wider, the thicker the bars.

Who is he: This 276-pound, 6-foot tall beast, is a proud Penn State graduated and a shot put world champion—most famous for its throw of a 16-pound metal ball at more than 74 feet.

How to achieve it: The full beard is the basic real man's beard, and this style of beard is all about symmetry and precision. For this look to work, the bottom of the beard needs to be lined up—use a razor and make it pop. When hair grows on the neck, it can give the illusion of a double chin. Therefore, it is important to maintain a clean, sharp shaved line. To elongate the face, go shorter on the sideburns, and use a bigger guard going to the chin.

Cons: This beard style having some length, the bristles of your beard might get dry. Think about using beard oil like this one.

Who is he: Stuart Mcnay, a three-time Olympian, and three-time U.S. Champ, aim for a podium in the notorious 470 class at the Olympics Games this year—a technical and physical form of two-man dinghy race.

How to achieve it: The number one key to a great taper beard, is to keep in looking like an intentional taper—rather than a 5 o'clock shadow. To achieve that, use a 1 ½ guard to get a close shave. It's the middle grown between clean cut and a grown-out beard. The No.2 key to this look is to make sure that you shave right above Adam's apple—but be careful not to shave too high into the jawline, because this will ruin the effect.

Cons: This beard style, being super short, is famously known to be itchy—be sure to use the right beard care, like this beard wash.

There are no comments for this post "Top 10 Best Beards of The 2016 Rio Olympic Games". Be the first to comment...