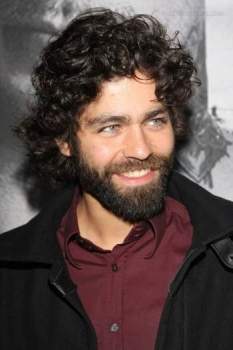 A Brief History Of Beard Styles

It’s a rather common occurrence to hear someone refer to a man donning some arrangement of facial hair as looking like a “nineteenth-century” such-and-such. Though this oddly general expression has been adopted as a catchall for those men who choose to adorn their faces in some combination of whiskers, it seems as though the generalization is filling in for a void in public knowledge of the history of whiskers in our country. So, without further ado, let us begin a brief history of the last century and a half of facial hair in the U.S. Facial hair styles.

Beard Styles in the First Half Of The Nineteenth Century

In the early nineteenth century (which is the 1800s, just to clear that up), the fashion of the day dictated a clean shave for men of beard-growing age. Barbers were often black men who, through their trade, became rather enterprising and successful members of the community, not to mention also being largely in the know concerning their clients’ affairs. As the nation’s race relations tensed leading up to and entering the war, white men became reluctant to visit black barbers and contribute to their financial prosperity and civil liberty. Besides that, the hygienic standards of the era were not conducive to an ordinary man shaving his own face with a straight razor, without risking tetanus or even death, that is. And thus, men began to shift toward more generously whiskered faces, basically out of a deep sense of hatred and self-preservation.

Beard Styles in the Second Half Of The Nineteenth Century

With the newfound apprehension surrounding the clean shave, whether at the barbershop or at home, men far and wide were allowing themselves the freedom to grow their whiskers, and to arrange them as they saw fit. Though this facial hair boom included all varieties and styles, the two most prominent were those now attributed by name to General Ambrose E. Burnside, now known colloquially as sideburns, and the chin curtain, worn famously by President Abraham Lincoln. These two fantastic icons of the facial hair world really left their mark!

Along with the discovery of bacteria (to which dense facial hair would later be linked), twenty-seventh President of the United States, William Howard Taft, and the advent of Gillette razors and their concurrent advertising campaign that encouraged men that shaving clean would make them more desirable to women, the early 1900s saw the luscious facial hair of the previous century shorn, but for one select portion. The fashion of this era would become the handlebar moustache, as worn proudly by President Taft and very nearly every other adult male around.

After the war came to a close, men were eager to find another moustache that didn’t correspond with maniacal or genocidal tendencies. So, off with the Chaplin/Hitler-style moustaches and on with what became known as the pencil moustache, aptly named for how it appeared to be drawn onto one’s upper lip with a pencil. These very skinny and generally preposterous looking moustaches were made famous by Clark Gable and Errol Flynn, and live on today because of one particularly odd fellow named John Waters.

Soon, though, the moustache would not be enough to quench the facial hair thirst that American men were experiencing, and this wont for additional facial hair came around in the 1950s with the growing fervor for Jazz and Soul music, as well as the Beatnik literary movement. It was this era, and these fringe elements that would adopt and propagate the goatee. Feeling that the moustache was simply not enough hair, these entertaining pioneers decided to grow it all the way around their mouths, right down to their chinny chin chins.

Come two decades later and the desire to connect fell by the wayside, at least for those gentlemen who participated in the arguably-even-more-countercultural activities of professional wrestling and pornographic acting. These brave men challenged the status quo and shaved their chins, and only their chins, so their goatees were transformed into what would become known as the horseshoe moustache. Today, this style is most commonly associated with the now defunct wrestling icon, Hulk Hogan.

The following decade wouldn’t do much to revitalize the dignity that had once been associated with great demonstrations of facial hair. Instead, it would simply see to it that the horseshoe be melted down and reshaped into what Tom Selleck would later make famous on television’s Magnum P.I. Known then as the chevron, and now as the cop-stache, this crude and obtuse bit of facial fluff continues to thrive, but largely among dads who came of facial-hair-growing age around the live airing of Selleck’s hit series.

Skip ahead a few decades and where are we? We’re probably waiting in line, behind a Grizzly Adams- or Karl Marx-looking guy, for a truly delicious, but equally cost prohibitive macchiato at an artisanal café somewhere in a recently gentrified urban area. Beards have come back in a major way, and not just cropped business beards, but some beards that make you double take and second guess which century we’re in again. And there’s absolutely nothing wrong with that. Hard to say at this moment in time, with our immediate chronologic proximity to the cultural phenomenon, why exactly this trend has taken flight with such thrust, but the matter of the fact is men are growing big, brilliant beards, and they only seem to be growing increasingly popular. What will the future hold for facial hair styles? We’ll have to wait and see!

There are no comments for this post "Facial Hair Styles Detroit Grooming Co.". Be the first to comment...