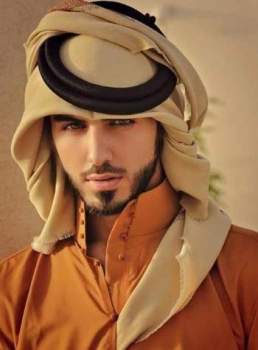 The TV series Vikings has become one of the most popular historical TV offerings in recent years, and has even been compared to Game of Thrones in terms of its epic scale. Indeed, a lot of fans of the HBO series turned to the History Channel offering when the dragon saga concluded, only to find that it more than satiated their need for battles and political intrigue. Now the Vikings franchise is branching out into other media, and attracting many more viewers in this way. It could even lead to more men taking up Viking style in the years to come. New look shaving style.

The Vikings TV Series Has Sparked a Craze

When Vikings began in 2013 the series attracted around 1 million viewers on average. This number more than doubled by season two and continued to rise after that. The series led to an influx of games based on the Norse seafarers, which is usually an indicator of popularity in the multiplatform model of modern franchises. For example, the Vikings slot game created by NetEnt is one of the most played iGaming titles present on the market right now, and it’s rather appropriate that this is from a Swedish developer. For mobile players, Vikings: War of Clans is one of the top played MMOs.

The franchise is looking set to continue way into the future with the recent announcement that Netflix will be releasing a spinoff series called Vikings: Valhalla. Not much is known about the new offering yet, except that it will be set around 100 years after the events in Vikings. This will allow it to explore a completely different set of storylines with fresh characters.

From watching Vikings, one of the first things that you will notice is that all the men have beards. This is already a popular style in Canada, after coming back into fashion in recent years. Studies have even found that beards are highly attractive for women looking to settle down with a long term partner. The type of beard doesn’t seem to matter to the characters on Vikings, with long, short, messy, and neat styles all seen in the program.

With regards to hair, Vikings seem to opt for either a shaved head or long hair slicked back into a ponytail. Due to the cold winters in Canada, fully shaving the hair may not be the best option. But having it tied back neatly is a fairly popular style at the moment. The likes of Brad Pitt, Matt Damon, and Jared Leto have all been pictured with this hairdo.

Tattoos are highly prevalent on Viking men, but it may not be the best idea to fully copy this style. A lot of the characters in Vikings have heavily tattooed faces, something which wouldn’t go down too well in a job interview in modern Canada.

With more people getting into the various Vikings media offerings each year, now is arguably the perfect time to start grooming yourself to look like one of the battle-hardened warriors of old Scandinavia.

There are no comments for this post "Is the Viking Look Coming Back into Fashion? - SWAGGER Magazine". Be the first to comment...