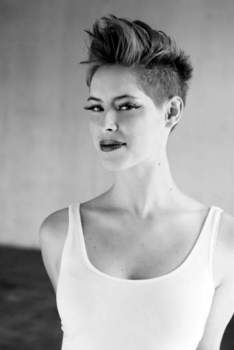 So the ‘No Shave November’ or November is here and we’ve enough inspiration in store for you guys. Beards make the men hotter and sexier. Be it stubble or a full beard these Tollywood actors have been donning it time and again and show us how. Shave styles 2016.

Beard Mania, is the new fashion trend of Tollywood hunks from Pawan Kalyan to Bunny everyone is sporting different styles of beards ranging from Royal ones to rugged. Beard appears to be the present trend in Tollywood.

Many actors in Tollywood were seen with long and thick beards. Actors like Power star Pawan Kalyan, Jr NTR, Ram Charan and Prabhas were spotted with thick beards. Jr NTR. Here is a list of drool-worthy 10 hottest Tollywood actors who rock the bearded look. Check them out!

How much we loved him in the tough look as the warrior of Baahubali! He has been experimental with his looks! So when you look relentlessly that good and are so talented, it’s just so easy to fall for him. He will be seen in this bearded look even in his upcoming movie Baahubali 2. Prabhas looks hot in that bearded look, although demand of the script but Prabhas for sure knows how to move fashionably with that beard of his.

He is one guy we girls can’t get enough of. Whether it is his chiseled body or that drop dead handsome face, Sai Dharam Tej continues to woo all the girls. His bearded looks in Rey suited him really well. He is usually seen with beard which gives him the much needed rugged looks and he continued the trend in Rey

Though we loved him in Lion, especially, we need to admit that he rocks the bearded look as well. From his cool image Balayya went for more mature looking roles in and now we only see him in beard. Balayya has been rocking the rugged look in his forthcoming film GPSK as well.

With his entire salt and pepper look, we feel Naveen of Andala Rakshasi fame is just nailing it. His movies are doing well at the box office and with the kind of lifestyle he leads, no doubt he looks so fit. His rugged look is all because of his oh so cute beard. Naveen looks stylish and hot in this look.

The multi talented actor of Telugu, Jr NTR’s new look startled everyone. His thick stylish beard has become the talk of the town. NTR recently appeared at Daana Veera Soora Karna with beard rumors are ripe that the look for his upcoming movie with Sukumar. He is a heart throb. NTR looks great with the beard and if this pic doesn’t give you enough inspiration for No Shave November, nothing can.

Doesn’t he look like the prince charming straight out of a fairytale? Pawan sports a slight trimmed beard and looks dapper. After Panja movie, Pawan appeared unshaved when he met his die-hard fan. He shined in white and white dhoti and soon it became sensation. Buzz is that Pawan is growing beard for his next. Pawan not only looked matured but all the more handsome in beard. Why are all these hot actors married?!!

Manoj made a macho appearance in his movie Attack where his look was widely appreciated. He has been carrying the robust bearded look well. He has rocked this look in many of his movies like Attack.

Though we are not a very big fan of Allu Arjun, we know guys would kill me if we do not include his name in the list. Our stylish star Allu Arjun who is the youth icon for fashion is also sporting beard. Although Allu Arjun role in Rudramadevi demanded him a beard he will definitely bring beards in fashion post release of the film. Bunny often makes news for his dressing style in public appearances and is now also doing the rounds for his beard style.

We must say that the first time we liked Rana was when I saw him in beard during Baahubali promotions. Rana who has proved to be a phenomenal actor for the kind of choices he makes is also killing it with his bearded look. He has been ruling everyone’s hearts with his charm. Rana is the true charmer he is bestowed with good looks and matching style sense. He looks super cool with his bearded look girls are already drooling over his bearded appearance.

Tollywood has found its Rohit who does the bearded look like no one else! He gets those dapper looks from his uncle. Rohit too has taken the entire beard game to another level.

There are no comments for this post "Telugu Heros Beard Styles - Gaddam Gang of Tollywood in 2016". Be the first to comment...