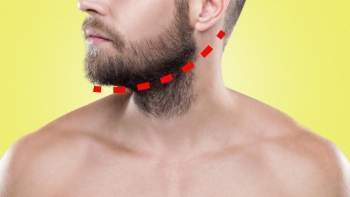 Prime Minister Justin Trudeau appears to be spicing up his look for 2020 with a new salt-and-pepper beard that has riled up his fans and critics in Canada.

The PM’s official photographer Adam Scotti unveiled Trudeau’s new look in a social media post on Monday afternoon. The photo shows a newly-bearded Trudeau with his fingers tented in front of his lips as he gazes thoughtfully into the distance.

Many Trudeau critics were quick to dismiss the new beard with a simple “Who cares?” and a shrug. As one user pointed out, it’s not uncommon for a man to grow a beard on vacation and then try to keep it going when he returns to work.

However, Trudeau has spent the last four-plus years presenting a carefully-tailored image to the public. Everything from his jogging “photo bombs” to his Halloween costumes to his novelty socks appears to be planned, so it’s not a stretch to suspect some deeper motive behind his choice to grow a beard.

Style consultant Ian Capstick, who has worked with the Liberals and New Democrats in the past, once said that every move Trudeau makes is done with an eye to cultivating his image as prime minister.

So what does the beard mean?

“I think it gives him an air of maturity and experience,” said Leah Morrigan, a Toronto-based image consultant for men. Morrigan says Trudeau is “on trend” with his new beard, as many men have embraced their greying facial hair in recent years.

“He’s allowing the grey to come out to say, ‘I’m not just the young pretty boy anymore. Now I have the experience,'” Morrigan told Global News.

She added that the beard appears to be “neat and sensible,” so it doesn’t dominate Trudeau’s appearance.

Morrigan says Trudeau’s new beard is a “conscious move” that reflects a new chapter for the prime minister as he enters his second term. It also shows the first hints of Trudeau’s hair turning grey as he moves closer to age 50.

“It looks like perhaps he’s feeling more of the weight of the world because he isn’t in the majority this time around,” Morrigan said.

Social media users were quick to offer their own analyses of the beard.

“It’s an attempt by Trudeau to act the part of a mature statesman,” Twitter user @Athena1944 suggested on Tuesday.

Former Liberal MP Celina Caesar-Chavannes — who resigned from the Liberal caucus last year and has been critical of the PM — offered her own positive review of his new look on Twitter.

There were also plenty of salty comments peppered among the positive messages.

One Instagram user described it as a “nice attempt at a beard.” Another simply wrote: “Please no! Shave!” He also faced the usual barrage of conservative attacks about his past as a drama teacher and the now-infamous blackface scandal.

Some complained that Trudeau’s appearance is once again a topic for conversation.

“This is the sad result of electing someone that is a ‘handsome’ leader,” a Twitter user wrote. “He is critiqued based on his looks.”

Trudeau appears to be the first sitting Canadian PM to sport a beard in over 100 years, although past prime ministers — including his father, Pierre Elliott Trudeau — have had beards at other points in their lives.

Justin Trudeau has had a variety of facial hairstyles over the years, including the “musketeer” look he wore as an MP in 2011.

In this file photo, Liberal MP Justin Trudeau rises in the House of Commons on Dec. 9, 2011 in Ottawa.

It’s unclear how long Trudeau will keep his new beard, but style expert Leah Morrigan says it would be a good tool for the PM to project a more experienced aura.

“In the world of politics … image is everything,” Morrigan said. “From an image point of view, I think this is something that could really be advantageous for him.”

There are no comments for this post "Statesman, daddy or dud: Justin Trudeau s new beard ignites social media - National,". Be the first to comment...