Goatee designs. BEARD TRENDS FOR 2016. IS THE HIPSTER DECADE OVER? - termix-inglestermix-ingles 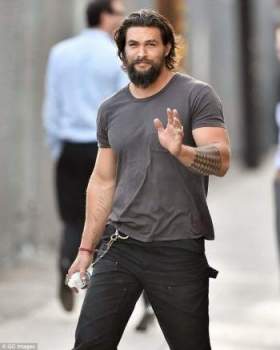 There is no doubt: Beards have ruled 2015. After the beard revival of the last decade, men don’t appear to be in a hurry to return to their clean-shaven ways. But, does that mean that the hipster movement is not over? The famous barber Jordi Pérez, of the well-known Barbery of Gracia in Barcelona, presents the new beard trends for 2016 and discloses his last discovery in barber tools.

The beard has been used as a symbol for masculinity for centuries and manliness itself is a term used to describe beards. In fact, beard alters the perception that others have of those who wear it, as many psychological studies confirm. Barnaby Dixson and Paul Vasey Behavioral Ecology research, for example, concludes that people associate bearded men as having higher social status. New beard look 2016.

However, will the ‘beard boom’ ever end? According to Jordi Pérez, “not yet”. Beards are still a trend on the rise among men but with a slight variation. “Beards will still remain in 2016 but ¡will be shorter! If we look at the trends of the hotspots (Paris, New York, Tokyo…) barbershops still have very much to offer even if styles are changing. There was a time where beards were long and pointy, then long and rectangular and now it seems that men are tired of long lengths and maintenance and have chosen shorter beards, trimmed between two and four with the hair clipper. Still, we continue paying attention to the area of the chin, respecting more length in that area to stylize factions, and lowering the neck area to prevent the ‘double chin’ effect”, explains Jordi Pérez.

For 2016, men also look for new hair styles. “By 2016, toupees and gradients will get behind between men who set the trend. The popular hipster style has gone mainstream. This entails that haircuts as the “pompadour” are no longer a novelty or emerging trend. Instead, we will begin to see bangs down and straight“, confirms Jordi Pérez.

Despite reducing its length, beard care remains essential for a polished and clean facial look. “I always recommend using a specific shampoo for beards, dry and untangle with dryer and hairbrush and always apply a serum. In terms of brushing, one of my recent breakthroughs has been the new Termix beard brush. A brush that combines natural boar bristles with nylon bristles, which serves to unravel and stretch the beards. It grips very well and to the customer its bristles are very comfortable,” concludes Pérez.

But as popular as they still are, history tells us that there will be a backlash. Beards are not here to stay, but despite reports claiming that we’ve already reached ‘peak beard’ and that it eventually do down, that will not be in 2016.

There are no comments for this post "BEARD TRENDS FOR 2016. IS THE HIPSTER DECADE OVER? - termix-inglestermix-ingles". Be the first to comment...