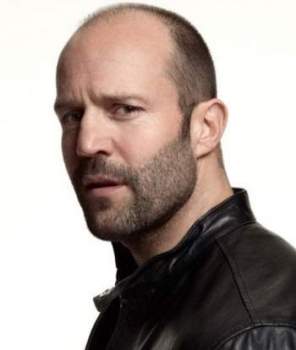 In 1940, the anthropologists Jane Richardson and Alfred Kroeber examined pictures of catalogues, magazines, and drawings dating back to the 1600s in an attempt to find trends in the cuts and styles of women’s dresses. What they produced were fascinating graphs of evolving social mores, with periods of plunging necklines quickly succeeded by buttoned-up decades of modesty, and vice-versa. One particularly entertaining chart shows generally Amish-length skirts throughout history — save for a racy, rapid shortening during the libidinous 1920s. Different men's facial hair styles.

In 1976, University of Washington economist Dwight E. Robinson sought to apply the same technique to fashion trends in the opposite sex—specifically, in men's “facial barbering.”

For the study, published in the American Journal of Sociology, he examined the period between 1842 and 1972, the years of continuous weekly publication of the Illustrated London News. Since this was the “world’s most venerable pictorial news magazine,” it would serve as his sole source.

With the acknowledgement that the “gentlemen of the News” were largely limited to prominent members of society, he set about counting the frequency with which five different facial hair styles appeared: sideburns alone, sideburns and mustache, a beard (“any amount of whiskers centering on the chin,” in case you were confused), mustache alone, and clean-shaven. He excluded pictures of royalty, models, and non-Europeans, and gathered about 100 images for each year.

Here are the bristly results:

Beards and sideburns began losing their luster in the mid-late 1800s, while mustaches hit their apex in the early 20th century and have been increasingly less popular ever since. The number of brave souls who sported both sideburns and mustaches peaked in 1877, though the study did not address their later resurgence in modern-day Bushwick.

What’s more, the great “beard wave” of 1844 to 1855 corresponded to a similar heydey, for whatever reason, of extra-wide skirts in the Richardson-Kroeber study:

Robinson’s theory as to why fashion—both sartorial and hirsute—seems to come in waves is this: Young people tend to eschew the tastes of their elders, but old trends seem new again after a sufficient amount of time has passed. So while long skirts may fall out of favor for one generation, their grandchildren will think they’re the cat’s pajamas.

And most men might have been anti-beard between the 1940s and 1976, but a spin around the nearest artisanal cheese shop today will show that’s no longer the case.

We want to hear what you think about this article. Submit a letter to the editor or write to letters@theatlantic.com.

There are no comments for this post "The Rise and Fall—and Rise—of Facial Hair - The Atlantic". Be the first to comment...