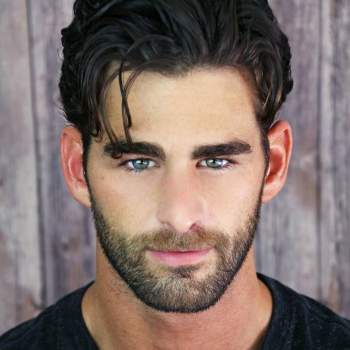 Facial hair on men is considered very masculine. After all, it is much more attractive on men than women. Facial hair includes hair growth anywhere on the face but usually refers to the chin, cheeks and upper lip. Much like hairstyles, facial hair styles, maybe better known as fads, change from time to time. In the beginning of the 20th Century, respectable men were expected to be clean shaven. The exception to this rule may have been for farmers.

Over the years, men have sported many variations of facial hair. Mustaches and sideburns have been used by men to reflect their personal style, much like women wear jewelry and other accessories. Depending on the look a guy is going for and what is most popular, a face can be a blank canvas for personal expression.

During the counterculture, men growing facial hair was a way to push back against the establishment. Men who valued society’s opinion, were expected to be clean cut; with no facial hair. That being the case, many young men were eager to jump on the facial hair bandwagon!

During the 1960’s and 1970’s nearly every young man on a college campus was growing some sort of facial hair. Let’s face it, they were away from home and the influence of their parents. It was equivalent to a young person taking control of their own lives. Facial hair had previously been associated with, “beatniks.” Beatniks were people who rejected conventional behavior, or more commonly known as, hippies…. what could be worse than that?

Mustaches and sideburns are to a man, much like make-up is to a woman. Facial hair can range from the very subtle to the very extreme. Of course, it probably goes without saying that plenty of celebrities also made their own personal statement with the facial hair statement.

Below you will see some recognizable icons who exerted their individuality with facial hair. They range from actors and musicians to athletes.

Elvis Presley, the King of Rock and Roll! You won’t find many pictures of Elvis in a full beard, but he could always be counted on for sporting sideburns.

Sam Elliott, an American actor, his thick mustache, deep and resonant voice led to frequent roles as a cowboy and/or rancher.

Frank Zappa, an American musician, composer, activist and filmmaker, his work was characterized by nonconformity, which supported his facial hair statement.

Mike Nesmith, an American musician, songwriter, actor, producer, novelist and businessman; probably best known for being a member of the pop rock band, The Monkees. Like many young people in the 1960’s and 1970’s, enjoyed showing off his sideburns.

Rollie Fingers, Oakland A’s Pitcher, sported a handlebar mustache. He showed up at Spring training one year, fully expecting his coach to make him shave it off before the season started. To his surprise, the owner of the Oakland A’s liked it and thought it would be a great gimmick for the team. After that, several of his teammates jumped on board and grew their own mustaches. The next 3 seasons, 1972, 1973 and 1974, the A’s won the World Series! They were sure it was the mustaches.

Burt Reynolds, an American actor, claims that after he started sporting his mustache he started getting better roles in movies and better leading ladies. He has no plans to ever lose it!

History and fads seem to run cycles and usually come back around at some point. Here we are in 2017 and facial hair for men is coming back in a big way. It is very common now to see young men with full beards. Let me just say that facial hair should be worn responsibly, guys. Please don’t for get that the “neck beard” is just not cool… ever!