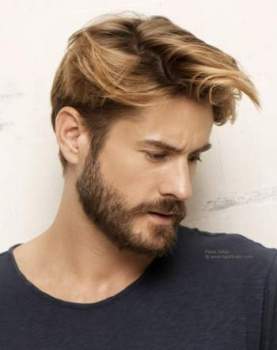 Beard is a common thing for the men. But it has become an integrated part of the fashion and iconic concern of the guys. They are being inspired by different beards styles donned by sportsmen and other celebrities. They groom their beards so passionately to make then look like that of their favorite sportsman. The sportsmen also have a knack for keeping a well-groomed beard nowadays though it’s obvious that having a beard won’t make anyone a good player. Guys are following these beard style to resemble the trend. Here is a list of Top 10 Beard Styles ever donned bySportsmen. Top 10 beard styles.

Top Beard Styles to Get Inspired

It’s really difficult to rank the players in terms of beard style. It’s just an order, don’t get hurt if your favorite sportsman goes missing. You can make a list of your own. Hundreds of players have beards these days but only the good performer get noticed. I have enumerated the best performers with best beards from the different realm of sports here. Have a look at the below list.

James Harden Jr. is a professional basketball player of America who plays for the Houston Rockets. He is one of the best players with an iconic beard style. His performance in NBA is as bright as the beard he is having.

He is no other than the Birdman. Christopher Claus Andersen, another basketball player of NBA, is also known as the Birdman. He is popular for the beard and vivid tattoos he wears all the time.

Dallas Keuchel aka Kid Keuchy is a baseball player of America. He is a left-handed baseball pitcher. His beard style is epic both on and off the field. You can try this style if you have a face full of beards.

This guy is so fanatic that he is equally popular like the baseball players of Houston Astros. This man is a super fan os the Astros. His unique beard style is iconic to the other fans of the Astros. His name is Valentin Jalomo.

Andrew Thomas Johnston is a golfer hailing from England. This guy is also known by the name Beef. He is famous for his playful attitude and iconic beard style. You can try this one. Here are some mutton chops styles.

He might be the best footballer, but he is not the best in respect with the beards. But you can still count him in for the influence he has in beard styling all over the world. Yes! He is Lionel Messi, one of the most loved soccer players of all time. His beard style has become popular lately.

Gerard Pique surely deserves a place in this list. You can’t deny the sweetness of Pique in a beardy look. He looks equally manly and cute with his signature smile on the face blended with the amazing facial hair.

Here is the Italian legend, Andrea Pirlo with a manly and epic beard. Pirlo was always a savior for the Italian soccer team on the field. The beard he is wearing goes completely with his strong character. That’s why he is so influential among the soccer fans.

Sir Isaac Vivian Alexander Richards, this man is a living legend of the game of cricket. He used to play for Antigua in his early life then played for the West Indies at international level. He is considered one of the greatest cricketers as well as batsmen of all time. He also used to grow a beard.

Hashim Amla is a current South African cricketer who is a top-class batsman. He is well-known for the long and well-maintained beard he always has. This guy has set a new trend in the cricket ground. A lot of other Muslim cricketers are also following his footsteps.

Actually, there is no reliable list of top 10 beard styles ever donned by sportsmen. It fully depends on you how you want to make the order. Here are my top tens, hope this will fulfill your expectation.

There are no comments for this post "Top 10 Beard Styles Ever Donned by Sportsmen". Be the first to comment...