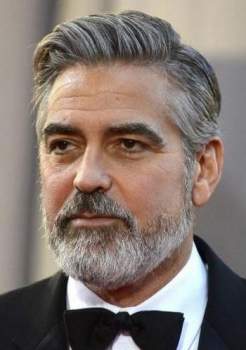 When it comes to Justin Bieber, you hardly need context, and the same can be said about Justin Bieber’s haircut and hairstyle. He was a tween pop star who — like all of his predecessors and successors — was conditioned to become a visual staple for modern fashion. Whether it had to do with Justin Bieber’s star-making bowl cut, his current devil-may-care pop punk style or how he doesn’t seem to own a belt, Bieber has always been an evocative pop icon. That being said, nothing about him has been more enticing than the evolution of Justin Bieber’s haircut. Beard hairstyle 2016.

In 2010, we got his first hit, “Baby” — and with it, we were introduced to Justin Bieber’s long hair in the form of a bowl cut. No matter how hard he tries, that hairstyle will always be Bieber to a tee. It doesn’t matter that it’s been nearly seven years since he’s donned the look, anytime someone so much as mentions his name, the collective mental image of him is his 15-year-old self with an uber-confident pubescent 70s shag do.

Not even a year later, and he was already changing it up. The flat, pressed-on bowl cut that he was rocking essentially changed to just a tousled mop top. It’s not until he went for the full trim that it became fairly obvious that Bieber was beginning to stylistically reroute. By 2012, his career was skyrocketing, and so too was the popularity of Justin Bieber’s short hair.

Bieber’s Short Hair – The Slick Back and Quiff

With the faded pompadour, reminiscent of a 1950s James Dean, Justin Bieber was having as easy a time adapting to his fame as he was to new fashion trends and styles. If he wasn’t testing out a beard or growing out his hair, he was bleaching it, a subtle change from Bieber’s classic blonde hair.

Ever since fame got a hold of him, Bieber never seemed interested in swimming with the status quo. He knew well enough at a young age that he was a fashion icon, and if there was going to be a haircut or hairstyle teens were copying, it’d have belonged to him first.

Eventually, there came Justin Bieber’s slicked back hair. But when that hairstyle seemed to lose his attention, Bieber finally returned to his roots. Opting for a cleaner, tighter style, the pop star ditched grunge-casual for classic-coif.

Whether you considered yourself a fan or not, there was no denying that this shift to a more classic, yet stylish hairstyle was a welcome one – one that added a bit of class to the Justin Bieber brand. But this, of course, was just holding us over until he finally revealed the transformation that nobody saw coming.

Near the end of 2015, Bieber decided to sport a completely new hairstyle. During a live performance on the Today Show, Bieber showed up with a dramatic platinum-blonde undercut. This style change seemed to signify the transition from impressionable young talent to independent rebel bordering on the traditional celebrity bad boy image.

With each of Justin Bieber’s new hairstyles getting more attention than the last, it’s safe to say that his haircut and fashion choices will be the talk of mainstream media for years to come – we’ll just pretend those cornrows never happened.

If you’re curious about other cool hairstyles by JB, check out our compilation of the best Justin Bieber haircuts below! Whether you’re interested in stylish short or long hair, we’ve got the popstar’s most popular styles.

There are no comments for this post "17 Best Justin Bieber Hairstyles Haircuts (2020 Guide)". Be the first to comment...