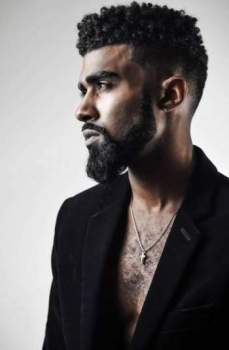 It’s summer 2016, and beards are still pulling headlines in the news. A report on last week’s Financial Times website suggested that men are spending 20% more year on year, on niche products. One observer notes that the market for men’s grooming products is likely to top £1bn by 2018. The Guardian claim to be able to read personality through different beard styles, while other sites range from calling the end of the Hipster beard, to a report that one man wants to see the return of the beard tax.

There have been some signs of slowdown in recent months; a friend (and owner of a traditional barber shop) tells me that the numbers of men coming in for beard grooming has begun to fall, but also that the style has began to change towards shorter beards. Men who have beards are not removing them altogether, but seemingly cutting them back.

All of this has me thinking back to periods of beard ‘trend’ in history, and questions about actually how many men participate. Over the past few years we have seen an apparently huge rise in the popularity of beards. When a new trend starts it becomes literally remarkable. This certainly happened (and to some extent is still happening) with beards. Media, advertising, imagery all serves to build up a sense of momentum, beards became more noticeable on the high street and they begin to become associated with identity and lifestyle. But at some stage a tipping point is reached. This is essentially the idea behind so-called ‘peak beard’ – the point at which they become so popular that they lose their status as an alternative to what has gone before, and become…well…normal.

But even at their height this time around (probably 2014/5), how many men actually had beards? It’s impossible to quantify, but I’d be surprised if it went much about 25/30%. A study of 6500 European men in 2015 suggested that 52% had some form of facial hair, but such a small sample can hardly be considered bulletproof. (It was in the Daily Mail too by the way!)

I was talking recently to Christopher Oldstone-Moore (author of the recent book ‘ Of Beards and Men ’) and he argues that, even in times when beards are extremely popular, many (most?) men actually still don’t have them. I’ve been looking recently at Victorian photographic portraits of men across different levels of society, and different regions of the country. The period between 1850 and 1890 was the height of the ‘beard movement’ in Britain; a wide range of contemporary literature goes into great detail about the social, cultural and economic reasons why men should grow beards. As I’ve explored in other posts, these range from arguments that the beard filters out germs, protects the throat, chest and teeth, stops sunburn and even saves the economy millions by restoring the working hours lost in shaving!

But I’ve actually been struck by the amount of clean-shaven portraits that I’ve seen. For all the whiskers, moustaches, chin beards, Dundreary whiskers and all the rest, many men clearly did still prefer to shave. We can’t rule out the possibility that some were shaved specifically for their portrait, but this can’t account for all cases. So were these men freakish? Did their clean-shaven faces make them prominent when all other men were apparently sporting large patriarch beards?

There is certainly evidence to suggest that not all men viewed beards positively. In 1851, for example, just as the beard fashion was beginning to gather pace, a correspondent to the CS Leader and Saturday Analyst, complained at the ill treatment meted out to him by passers by, who took his beard as a sign of ‘foreignness’. As he walked through the streets he was hissed and laughed at, and particularly objected to someone shouting ‘French Dog!’ when, as he pointed out, he was not French and had served his country in the British army for many years. Neither were the jibes from children; his assailants included ‘well dressed and grown-up people, especially by ladies, and shopkeepers’ clerks’.

Those who still preferred the razor were well served by products available for them; in a previous post I mentioned shaving creams like the popular Rowland’s Kalydor, which were marketed throughout the nineteenth century. So were various kinds of razors. In fact, it could be argued that some of the biggest advances in razor technology occurred when beards were at their most popular. Of course some shaving was still necessary for certain styles, especially chin beards and whiskers, but it also suggests a ready market for the clean shave.

The Georgian period is renowned as a beardless age – lasting from the slow decline of beards and moustaches around the 1680s, to the start of the ‘beard movement’ in 1850. But was this actually the case? In Georgian Britain the majority of portraits we have are of the upper classes and elites; can we be sure that rural labourers did not hold on to their beards? In fact, part of the reaction against beards was that they made polite gentlemen resemble rustics. This suggests that the rustic look could be bearded. This point is made, for example, in a 1771 portrait by Sir Joshua Reynolds, ‘A Bearded Man’. The purpose of the painting is unclear, but it is unusual in depicting a beard at a time when being clean-shaven was the norm. According to the Tate Gallery, the sitter was a beggar named George White, perhaps explaining his unkempt appearance.

Another eighteenth-century portrait, by Balthasar Denner, also depicts a bearded man in the eighteenth century. This time the stubbly face represents the ageing man – a common artistic allusion but, again, suggests that clean-shaven may not have been the ubiquitous state it might at first appear from the sources.

As I delve deeper into the history of facial hair it becomes ever more clear that things are rarely as clear cut (sorry!) as they appear. Periods in history that we associate with certain facial hair styles do not necessarily speak for all men. Just as today, when by no means all men are sporting luxuriant Hipster beards, so not all Tudor men had ‘Stilletto’ beards, not all Victorians had ‘Cathedral’ beards, and not all Georgians were clean shaven. Instead, decisions to wear (or not wear) facial hair are bound up in a complex web of meanings and influences. I’m looking forward to the next stage in the development of beards!

There are no comments for this post "Beards or no Beards?, Dr Alun Withey". Be the first to comment...