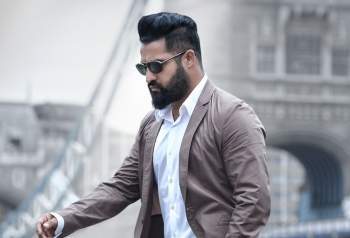 AJ Styles is on WWE RAW, and it's with a brand new look New beard look.

Ever since the brand split in 2016, AJ Styles has been one of the top fixtures of the WWE SmackDown Live show. However, now, Styles will be looking to make his mark on WWE RAW in a big way, and even began by teaming up with Shield Members, Roman Reigns and Seth Rollins.

One thing that struck fans, however, was the brand new look that AJ Styles brought with him to the red brand of WWE RAW.

Styles has made his mark on SmackDown Live already, as the show is even called the 'House that AJ Styles built'.

While it will be interesting to see if the house keeps standing or crumbles after AJ Styles left WWE SmackDown, WWE RAW is Styles' new home.

Styles' new look was pretty different from his usual bearded look. Styles had shaved his beard to a shadow on his face, and his mustache was gone too. This is the first time that Styles has appeared clean-shaven on WWE RAW, as the last time he had this look, he was still on Impact Wrestling.

Styles took part in a six-man tag team match on his debut, as he teamed with Roman Reigns and Seth Rollins to take on Drew McIntyre, Bobby Lashley, and Baron Corbin.

With the Superstar ShakeUp taking place, this might be the final time that this particular combination of WWE Superstars are on the same brand at the same time.

Styles won the match for his team, hitting Bobby Lashley with the Phenomenal Forearm after he had been hit with the Curb Stomp and the Spear.

It will be interesting as WWE focuses on booking AJ Styles on WWE RAW, and what sort of feuds he is given on the red brand show. Whatever role he is given, he is guaranteed to be one of the top WWE Stars on the roster.

There are no comments for this post "WWE News: AJ Styles debuts on WWE RAW with a brand new look in the main event". Be the first to comment...