Different styles of beared. How To Grow A Beard As A Modern Gentleman 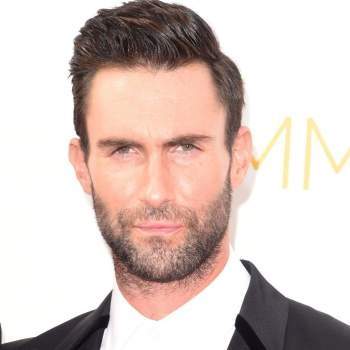 While some are crying over the downfall of the beard, the truth of the matter is that beards remain at their peak. Modern beard styles 2016.

Forget the pontificating of professors and “style gurus”, whose jobs require they stay in the limelight with theories and made-up news.

Let’s go directly to the source – bearded men across America.

The chart above shows the interest of each term, over time. The interest, here, translates to amount of times searched on Google.

The Google Trends chart shows clearly that “beard balm” was searched for more in December 2015 than at any time prior to that.

It’s the same story for “beard styles”. December and January were the highest searched months EVER for beard styles.

Even tips to growing a beard with “how to grow a beard” remains strong, even though beards have permeated our culture and perhaps made the answer to that question obvious for many men over the last couple of years.

But while the answer is becoming increasingly obvious to people, we thankfully meet new men all the time who are looking to successfully cover their face with attractive facial hair.

Whether it’s a first time beard grower, or someone looking to persevere through the first couple of weeks when the going is tough, we’re pleased to be able to answer the question and get you your best beard experience yet.

TIP: Before you even begin, consider pre-committing to growing your beard for a certain length of time. No matter what happens, how it looks, or how it feels, make the decision to grow it for one month before you make any decisions. This stops you from relying on willpower, which is a consumable commodity that is not infinite!

This is important on two levels.

One is obvious – stop shaving so your beard can grow in. Duh.

The second is that we recommend you grow out a full beard to begin with, to see what you are working with, and so that you don’t make a mess of trying to trim and style it too early.

When it comes to growing that beard out, put down the razor, trimmer, and shears.

We want to get a nice full beard to identify where your beard is strong, how it grows in, and what you look like with the maximum amount of beard.

It’s easy to remove beard, but once it’s gone, you’ll have to wait awhile for it to grow back if you dislike the look. Therefore, we err on the side of less trimming, at least to start.

Getting Through The Uncomfortable Stage Of Itch And Bad Length

From here on out, your goal becomes to get past the tough parts of beard itch and a potentially unflattering beard length.

An important step, as mentioned above in the tip box, is to pre-commit to growing a beard for a certain length of time. One month is a good place to start.

You’re going to need some point in the future to focus on, because you absolutely must be patient with the growth.

Other than eating right, sleeping well, and generally improving fitness, nothing is going to help it grow any faster.

That means you shouldn’t get sucked into the so-called beard growth product market. No oils, elixirs, or pills are going to boost your facial hair growth.

Taking a multi-vitamin can help give you the nutrients you need to maximize your beard growth, but that’s all it is. Maximizing the potential you already hold, not giving you an extra boost. If you’re generally in good health, you won’t get anywhere rushing the beard.

We’ll go into some more tricks below to get past the beard itch stage (which we covered in this article more in depth), but we should first talk about the length issue.

While every man is different, there seems to be a tough point for a lot of guys in the first couple of months.

Stubble usually looks cool, you’re feeling good, and then it grows in a bit more and you start wondering what you’re putting yourself through, because that quarter inch to an inch length can be a bad look for some guys.

This is part of why we recommend not trimming at all in the growth stage.

You may NEED to do something because you hate the look, so you’ll come in and trim a bit and think it looks OK, but really you’ve cut your neck line too high, your cheek line too low, or you’ve JUST missed your best look, which would have revealed itself to you if only you had waited the extra week or two.

Moisturize Every Single Day Or Else

Alright, here’s where some guys think they’re too cool to give their faces a bit of moisture.

I’ve had a couple of guys tell me that they don’t need my “woman’s” tips on grooming because they are “a man”.

Apparently they believe that a man should have poor hygiene, not be in control of his own appearance, and not be confident enough in his manliness that he thinks any notion of “grooming” will make him a woman.

Not only does it make you better looking and more confident, but the impressions you give when you meet people will be significantly better if you are keeping up your grooming routine and paying attention to detail.

So, how do you moisturize, then?

Well, you can always use a conditioner during your shower, though it’s not absolutely necessary. There are beard conditioners out there.

And speaking of things to do in the shower, do NOT shampoo your beard regularly. Once, maybe twice a week MAX. And be sure to rinse well so as not to be left with shampoo residue acting like dandruff throughout the day.

The best way to stay moisturized is to use a beard balm after you get out of the beard and towel dry off.

Not only will you smell like a million bucks with something like our Virtu beard balm, but the essential oils will work into your beard and the skin underneath to deliver conditioning moisture and if you use a balm, beeswax and shea butter can help to lock in that moisture and provide a bit of styling as the beard gains some length.

If nothing else, apply a beard product every day. This significantly reduced my own itching during my recent experiment with growing a new beard.

No, recycling won’t help you grow that beard.

What I mean is that cleanliness is one of the biggest things that will help you get through the rough patch where you are prone to itchiness.

The itch can come from the new beard growth removing some of the moisture of the skin.

They also block the dead skin cells from dropping away from the face, as would happen with a shaved face. Therefore those skin cells, and oil from the beard hairs, end up sticking close to the face, irritating and potentially clogging pores.

In the shower every day, give your beard a good scrub down with your hands or a cloth/sponge of your preference. Again, don’t shampoo regularly, just give it a good rub.

And here’s a bonus tip that might surprise you.

May seem silly if you’ve got such a short beard, but it’ll actually help to keep your face clean, allowing a better growing environment and less irritation.

The bristles will reach in and remove some of those dead skin cells and distribute the oils effectively – away from the face, and throughout the entirety of the beard.

Alright, so let’s say you’ve persevered and got past your original goal. Whether it was 1 month or 3 months or something else, awesome job. You’re well on your way.

You’ll reach a point where a decision has to be made.

Or trim and find a style that works for you, that you can keep up and maintain regularly.

How long is that style? What does it look like? Should you just stop trimming forever?

This is a matter of personal choice, to be sure, though we do have our biases.

I would submit that a full beard, or a variation thereof, is what you should be looking to achieve.

Of course if your genetics leave you sparse in the cheeks, for example, you may wish to style it more, or go for a mustache or otherwise lower volume facial hair arrangement.

But typically, you’ll look best, and it will be classy and most enduring if you stick with a full beard.

In my case, my first long beard consisted of just letting it grow for about a year. I didn’t touch it.

Honestly, that was probably a bad idea style-wise. It didn’t look great on me and got a bit unruly.

I finally took the time to test some styles. Slowly, naturally, as it takes longer to grow back than it does to trim.

What I found worked for me, with an average sized, oval face shape was to trim the sides of my beard down and fade them up into my hair cut.

So, my beard was basically pointed and still long on the chin and jaw line, but as you moved up my cheeks, I would trim it fairly short, until I faded it into my very shortly cropped hair at my temple.

The problem with my full beard was that it made my face look fat the way it grew out at the sides.

So, I kept a full beard style, but went with a twist – something close to a Verdi style.

You’ve got to figure out what you want your beard to be saying about you, and you’ve got to follow through with testing styles out – slowly at first – until you reach that perfect length and style.

Once you get there, make sure you’re grooming properly. You should have developed good habits during the first couple of weeks, so don’t stop now.

It’s more important than ever to use your brush and balm daily, and to make sure you’re cleaning, but not over-shampooing the beard.

There are no comments for this post "How To Grow A Beard As A Modern Gentleman". Be the first to comment...