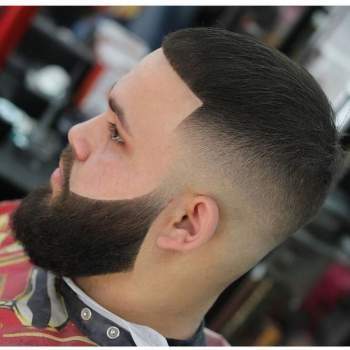 If you had gone into a shop 40 years ago to purchase beads to string onto your long beard, you definitely would have gotten the side-eye from the shopkeeper. Lucky for us, we live in an era where all things Viking are making a comeback, including Viking beard beads (a.k.a. beard rings). Amazing beard styles.

Considering how little we actually know about Vikings (as they left us very little written history), it’s possible, but not proven beyond a doubt. There is some circumstantial evidence from burial sites that suggests Vikings may have adorned their beards with metal rings, but a Viking burial site usually contains many pieces of jewelry that are difficult to place in terms of designated body part. Typically, remains from this era aren’t very well preserved, so trinkets could have worked themselves onto beards over time.

The writings of travelers who witnessed Germanic tribal and Anglo Saxon culture have noted that trinkets were sometimes woven into beards, but it’s not clear if these were Vikings or one of their contemporaries.

Where Vikings are concerned, people have taken gaps in knowledge to fill in their own cultural interpretations, and our perceptions of Vikings today definitely include things like beard jewelry. It may not be as incorrect as believing Vikings had horned helms, but it may not be all that correct, either.

In any case, it’s part of our current Viking aesthetic, it’s easy to do, and it shows off how great your beard is. Trust us, these beads are definitely not for ladies.

Let’s talk about The History Channel’s Vikings for a second. There are a lot of interesting things going on with costuming and hairstyles on that show, which they admit are partially derived from real life and partially inspired by modern trends, like Lagartha’s punk rock fauxhawk.

He may have been a little insane, but Jarl Borg definitely wins best beard (and, incidentally, the best death) on HC’s Vikings, which is really saying something for a show where almost every character has an amazing beard (except Bjorn – what’s the deal with that?)

The runner up for best beard on HC’s Vikings is definitely Leif (pictured in article header), who’s beard held an interesting collection of eclectic baubles that somehow managed to make him look even more masculine.

Another epic saga where beard jewelry should get a mention in the credits is the Hobbit Trilogy. I know, I know, dwarves are not Vikings, but much of the fictional Dwarven cultural traditions seem to have been borrowed from Germanic tribal culture. Plus, if you’re not gonna use a Viking as beard inspiration, these dwarves are probably the next best thing, as their large full beards are in some cases as long as their entire bodies.

How to use Viking Beard Beads

Usually a beard bead and a beard braid go hand in hand (say that five times fast), which means when your beard is long enough to braid, it’s long enough to use a beard ring. This is another reason why beard rings are so awesome: they’re a measure of how adept you are at growing a long, full beard.

Some men with long beards braid their beards every night, so they’ve already become great at their braiding technique, which is something you’ll need to teach yourself. It’s important to braid your beard hair a bit loosely and not tightly, as a braid that’s too tight will damage and tangle your beard. It’s also important to take the braids out every other day or so and rebraid to allow for new growth, and to let the braided section rest.

Keep in mind that any part of your beard that’s braided will have be wavy for a day or two after it’s been unbraided.

How to braid your beard

In order to braid your beard, you’ll need to first seperate the section you’d like to braid into three sections.

Once your braid is running out of hair, secure the braid with a bit of Modern Barbarian beard balm, which is beeswax based in order to help your beard hold its shape.

How to keep your Viking beard beads in place

It’s important to get beard beads that are the right thickness for your beard. If you’re planning on doing a skinny braid, plan accordingly by getting a thinner ring.

Some men braid two sections, affix their ring, and then braid the two sections together at the ends to secure the ring. You can also braid the ring into the hair as you’re braiding it.

Many others use rubber bands around a section of hair, and then slide the beard bead up to the rubber band to secure it. This way, you don’t even need to braid it.

In this video, a piece of thread is wound around the beard in order to keep the hair in place as he slides the beads up. He first twists his beard, then while holding a thread end in his mouth, twists it around the beard. He slides his beads up his beard, places them where he wants them, and then pulls the thread through the bottom so his beard is loose again.

This style would require having beads with openings that are rather small so the hair holds them in place without slipping.

The beard rings you can get today vary in style from traditional plain rings, to ornate rune-inscribed columns, to modern skulls and even Thor’s hammers (Mjolnir). Some are even direct copies of silver jewelry found buried with Viking warriors.

Make sure and choose a style that matches your personal style, but is also the right size for the section of beard you plan to use.

There are no comments for this post "Viking Beard Beads Are Making a Comeback - Modern Barbarian Beard Co". Be the first to comment...