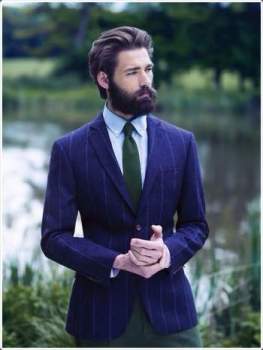 Organised by Beers Without Beards, the Women In Beer Festival – WIB Fest – will run over four days this week in five of Edinburgh’s top pubs and bars, with everyone invited to join in the fun. Best looking beards 2016.

Running from the 10th to the 13th of October 2019, the event will see The Stockbridge Tap, Monty’s, Salt Horse, Fierce Bar and the Campervan Brewery Taproom showcase 10 breweries (brewed or owned by women) across five Tap Takeovers, conferences and workshops all hosted by Women In Beer.

Amélie Tassin, founder or Beers Without Beards and organiser of WIB Fest to say: “We want to amplify the amazing work women in beer are doing and create role models to help redress the gender balance.”

Aidy Fenwick, co organiser of WIB Fest to add: “Our Women In Beer Fest will highlight the women who make the beer industry great – from brewery founders and brewers to marketers and bar staff. The festival is an amazing opportunity to enjoy some great beers and learn from industry experts.

A part of the tickets proceeds will be donated to our charity partner.”

‘Beers Without Beards’ started off as a small group of women who like beer and enjoy drinking and learning about it but it has grown in popularity with the mission statement that they are not about excluding men but creating a “safe space” for women to experiment and learn about craft beer, appealing to new members who wish to get more from their favourite drink in an industry that has traditionally been male-dominated.

beer styles and food pairing to off flavours and more.

Let us know what you think

There are no comments for this post "New beer festival in Edinburgh celebrating women in the industry launches this week - Scotsman Food and Drink". Be the first to comment...