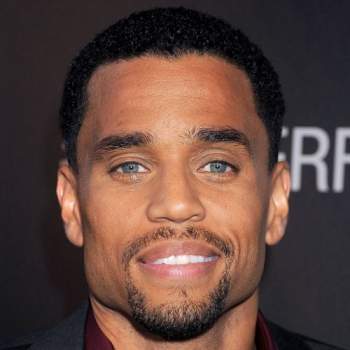 Mountain men, royalty, scientists, actors, fictional characters, authors - beards may not make the man, but they can make their look memorable, even iconic. Some of our most famous, inspirational, and beloved men are bearded. Whether they’re bad boys or honored heroes, the beards are remembered just as much as the man. Famous beard styles.

Our 16th President is famous for many reasons. He embodies many of our nation’s cultural values, like honesty and humble beginnings. Some of our longest held colloquial sayings and folklore originated from Lincoln. Who doesn’t remember the Cherry Tree story? When Lincoln ran for office, he was beardless, but his correspondence with an eleven-year-old girl living in New York inspired his bearded look. She encouraged him by writing, “let your whiskers grow ” because she thought his face looked too thin. Later his moustacheless beard that connected with his sideburns was called the ‘chinstrap.’ The beard choice falls under the Shenandoah style that was popular in the 18th and 19th century, in large part because of Lincoln.

The naturalist and biologist we all know for his theory on evolution and natural selection, Charles Darwin, is also famous for his untamed bushy beard. Originally he grew his beard to avoid being recognized in public. The neck tickler did its job while he was alive, but today, ironically, he is known for his bearded face. His facial foliage evolved from big bushy sideburns in his earlier years, to a full face beard intended to cover his features. Referencing the phrase Darwin coined, Survival of the Fittest , his beard is sometimes referred to as, Survival of the Scruffiest . As someone who studies all forms and possibilities of evolution, Darwin himself reflected on the possible purpose of the beard in the evolution of man. He considered the possibility of its contribution to the resiliency of the skin and to the ability to attract a mate. He ultimately rejected these theories, deciding that a beard has no purpose at all unless you count his personal purpose, which was to escape fame and recognition.

Author, philosopher, and naturalist Henry David Thoreau reflected on simple living and the natural world in his writings. He lived in two worlds. Much of his time was spent in polite society of New England, while also escaping to his rugged cabin in the woods. He wore many beard styles, from whiskerless to bushy sideburns, to a full-face look. Perhaps his most famous and long-lasting beard style is the beard curtain. The style is also famously associated with a popular style among the Amish communities. The beard connects to the sideburns but does not cover the cheeks or chin, and there is no mustache. Unfortunately, many refer to his beard as a neckbeard, a term that carries negative stereotypes of social awkwardness and underachievement. While we can’t speak to the social awkwardness, it’s hard to imagine anyone calling Henry David Thoreau an underachiever.

Adams apprenticed at 14 years old in the shoe manufacturing industry. He left his profession at 21 to become what we call today, a mountain man. He was employed by a company of showmen to capture, train, sell wild animals. He got his name from the grizzly bears he tamed and sold into menageries, zoological gardens, and circuses. Living and hunting in the deep, wild areas of Maine, Vermont, and New Hampshire, he honed his woodsman, survival, and marksmanship skills. The epitome of mountain manliness is just as well known for his beard because it was as wild as the backcountry he lived and hunted in. He kept a full-face beard, often referred to as the ‘feral’ look, the root of inspiration for many warm winter standards today.

A German economist, political theorist, philosopher and intellectual, Karl Marx is known for many reasons, in particular, his political ideology we call Marxism. He’s applauded and criticised but remains one of the most influential figures in human history. And of course, he famously wore a big, thick, bushy beard. The beard was grey, and the mustache was notably darker, a style many men try to imitate by dying their whiskers. Because his hair was just as bushy and thick on his head, as it was for his beard, jokes often call his beard communist, for its ‘even distribution’ of hair.

Santa Claus is quite possibly one of the most historically famous bearded men on a global scale. Early accounts place him in what is known today as Turkey. Similarities can be drawn in the Nordic accounts of Odin and the Dutch ‘Sint Nikolaas.’ Though history has many versions of who and what Saint Nicholas is, the modern day gift-giving philanthropist is the reigning myth we love and cherish. No doubt, the bearded description makes sense today, given the harsh winters he endures at the North Pole. And no matter what version we learn about, there is no account of this legend that doesn’t include that iconic long, white, bushy beard.

A beard can be pretentious or understated, magnificent or unkempt. It can be used as a fashion statement, a tool to hide facial features, or protection from the elements. Regardless of the wearer’s intent, a beard is memorable and plays a notable role in a man’s legacy. What does your beard say about you? And how will it be included in the way people describe your life and style?

All beards should be well-groomed and healthy. Thin beards won’t keep you covered or warm. Dry beards leave you with flaky skin and dandruff. Coarse beards can be lackluster and dull. Beard oil is the best way to ensure your beard is as epic as you are. Palm Beach Naturals Beard Sense beard oil is all-natural and perfect for all hair types and beard styles. Backed by a 100% money-back guarantee, it’s got our vote for beard health and appeal.

There are no comments for this post "6 Famous Bearded Men From History, Palm Beach Naturals, Beard Sense". Be the first to comment...