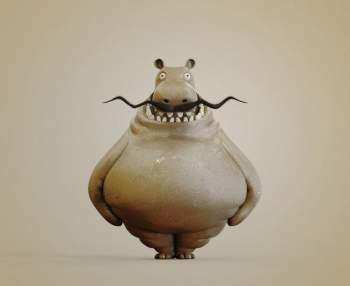 Lots of people have beards. Well, lots of men have beards, I’ve seen only a few women and no children sporting some facial hair. I have a beard, some of the time. I like having it, but I’m not all about it like some guys are, it is mostly a convenience thing: growing a beard is much easier than shaving everyday. So whenever I know that I won’t be working with the army for a while, or when I know that I’ll be out of town for a long stretch, I’ll leave the razor next to the sink and let nature take its glorious course. This used to mean that I’d have a couple of three or four week stretches to grow it out during the year, then I’d come back to civilization, the army, and of course my fiancee. My fiancee, Alisha, hates my beard. Sideburns and goatee.

Well, in the last 18 months, things have been a little different. I’m currently in the process of releasing from the army reserves, so I don’t have to shave for that very often, and Alisha has been going to school in Boston, while I am back here in Saskatchewan. So with no requirement from anyone to keep a clean shaven face, I’ve largely given up on it. I don’t have anyone I need to impress, no standards to meet, not a care in the world about how my face looks, so I am free to grow as much facial hair as I want. Or at least as much facial hair as will naturally occur, it comes in pretty slow. The only time that I do shave is when Alisha comes home to visit, or when I go to Boston to visit her. Right now I haven’t shaved since new years, about three months.

“Hey, not a bad beard at all, looks ok” -Everyone except Alisha

But nothing on Earth lasts forever, and its getting to be time again for me to visit Boston, and not take my beard with me. If shaving my face is the price to pay when I see the love of my life, I’ll make that trade any day, although if I did it everyday, I would hardly have a single whisker to shave. Alisha has told me before she doesn’t think I look bad with a beard, but they aren’t her thing. She can stand to look at my beard, just not to touch it, or be around it. So whenever we get the chance to see each other in person, its time to bust out the razor. I’m more than willing to make that sacrifice. I am especially willing if I do it over the course of a few days, because the best part about shaving off three months of growth, is taking the opportunity to shave it off in stages, and try different styles. None of them are good. But I like going in to work and watching people try to figure out why I would do something like that to my face. Remember that movie, Joe Dirt?

I actually wore it like that for the better part of a summer one time. I started shaving other weird facial hair styles when Alisha asked me to shave my beard this one time. So being such a clever guy, I shaved my beard into a pair of mutton chops. Technically its not a beard, its just sideburns. She wasn’t impressed.

I don’t know why she wasn’t impressed, I look just like an old-timey British Member of Parliament. Or German royalty, who can’t appreciate that?

Two mentions of Kaisers in one month? Odd trend, but glorious facial hair

And after sporting the mustache for only a few minutes (just long enough to take the photo) I revert back to a normal human being, and go completely clean shaven. I like having a beard, but I also do like having a clean, smooth face, its refreshing. And Alisha likes it, and if she likes it, then I like it.

Here’s a quick, funny story related to my mutton chops. This one time, I went to work in the morning sporting my mutton chops, and only one guy said anything about it all day, about how terrible it looked. I had been hoping for more of a reaction. Then, near the end of the day, one of our summer temps was doing some calculations and wanted me to double check them. I pointed out an error she hadn’t caught, and she said “Oh wow, that was a stupid thing for me to do” and I shrugged and said “Meh, not as stupid as shaving mutton chops into your face.” She dropped her paper and started laughing and said “Thank God! No one wanted to say anything about it, because we didn’t know if you thought it looked good. We didn’t want to hurt your feelings if you were serious about those chops.” THAT was exactly the reaction I had been hoping for.

There are no comments for this post "sideburns Ok, This One Time". Be the first to comment...