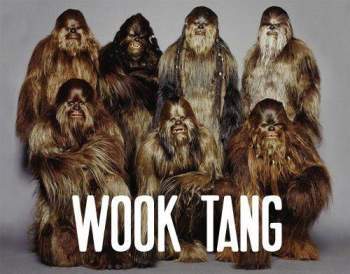 The reunion of James Harden and Russell Westbrook has been one of the most polarizing plots over the off-season. There is one redeeming set of stats, however, which may have pessimists re-thinking their stance.

I will be the first to admit it, I was a pessimist and didn’t like the idea of Russell Westbrook joining James Harden initially. I didn’t want this trade, I didn’t believe it was the right thing for the Houston Rockets after the Lakers and Clippers made their respective off-season moves, and I certainly cringed at the thought of Russell Westbrook’s league-worst 29 percent three-point shooting in Houston’s system of…you know…shooting more threes than twos. The beard look.

I’ve changed my tune since Daryl Morey pulled the trigger on the trade for a handful of reasons, one of which is his long-term friendship and natural off-court chemistry with James Harden. Westbrook’s introductory press conference filled me with confidence, as did the social media pictures each of the superstars shared in the dates surrounding the announcement; they both look genuinely thrilled to be reunited for reasons bigger than basketball, and it’s hard to imagine them clashing in the pursuit of on-court chemistry and success.

Still, friendship and good chemistry aren’t going to magically make Westbrook a better shooter or transform Harden into an off-ball stud; this is where the advanced stats that Rockets fans love so much become a factor. As you will see outlined below, the duo may not clash as much as basic stats would have you believe, and their ball-dominant but vastly different play styles may actually blast the Rockets to a new atmosphere.

I’ll start with The Beard: James Harden in 2018-19 rarely shot early in the shot clock. He isolated better than just about anyone in league history and operated slowly and precisely as he waited for the perfect moment to strike.

Russell Westbrook by comparison is a run and gun player who loves to shoot or find an open shooter or slasher on the fast break within the first six seconds of the shot clock.

While James Harden led the league shooting late in the shot clock, Westbrook led the league shooting early; nobody attempted more field goals in the first six seconds of the shot clock than Westbrook did last season. He took 5.9 shots per game in that time slot and converted at a rate of 50.9%. His three-point shooting still left a lot to be desired, but his 31.1 percent clip was still better than his season average and league-worst 29 percent.

51.2 percent of Westbrook’s overall field goal attempts came within the first ten seconds of the shot clock, which perfectly coincides with the times Harden rarely shoots. While Westbrook led the league in field goal attempts in the first six seconds of the shot clock, he did not even lead his own team in attempts with 15-18, 7-15, 4-7, or 0-4 seconds remaining.

There were an awful lot of numbers to process there, but the point is simple: Harden and Westbrook’s play styles complement each other far more than the presumptive narrative is suggesting. Not only will both players get their quota of shot attempts, they will get their attempts playing the offensive style which they feel most comfortable.

Westbrook leans on his historical speed and acceleration to push the ball and look for quick scores off opposition baskets or defensive rebounds, and he has become smart enough to pass out if nothing presents itself immediately in transition. He’s not perfect at this, he still takes some ill-advised shots and turns the ball over unnecessarily as a result of pushing the pace, but it was an area in which he improved last season as George gradually transitioned into the first offensive option.

The hope is that Westbrook pushing the ball at elite pace – something Chris Paul couldn’t do as well last season – will reduce the amount of shots taken in the last four seconds of the shot clock. Harden’s 45.8 effective field goal percentage in the last 4 seconds of the shot clock last season, which ranked second in the league for players who attempted at least 100 field goals in that window, but pales in comparison to his 55.7 effective field goal percentage with 4-14 seconds remaining.

This play style will allow Harden to coast in transition and preserve energy while Westbrook pushes the break, and grant Westbrook the same luxury as Harden uses his efficient one-on-one isolation game in the half court. Harden will find himself with more mismatches on the perimeter as Westbrook pushes the break, too. Preserving energy offensively will be important for the duo as they will be able to work hard defensively and stay fresh for the playoffs.

Chris Paul attempted 1.2 field goals per game with 18-22 seconds remaining on the shot clock, and 1.7 per game with 15-18 remaining. Paul’s age and injury history restricted him from running in transition and taking early shots and as a result his style clashed with Harden far more than Westbrook’s theoretically does. Paul and Harden were still really damn good together, so imagine The Beard’s potential with a faster, younger, more athletic version of Paul as his running mate.

Russell Westbrook will still need to hit his open threes at a better rate, and Harden’s off-ball movement has lots of room for improvement, but it won’t be nearly as much of an issue next to an early shot clock operator like Westbrook.

There may be bumps along the way, but if the duo plays to each other’s strengths effectively then they will be a force. I, for one, have changed my tune and am excited to see them in action.

You always have the choice to experience our sites without personalized advertising based on your web browsing activity by visiting the DAA’s Consumer Choice page, the NAI's website, and/or the EU online choices page, from each of your browsers or devices. To avoid personalized advertising based on your mobile app activity, you can install the DAA’s AppChoices app here. You can find much more information about your privacy choices in our privacy policy. Even if you choose not to have your activity tracked by third parties for advertising services, you will still see non-personalized ads on our site.

By clicking continue below and using our sites or applications, you agree that we and our third party advertisers can:

transfer your personal data to the United States or other countries, and

process your personal data to serve you with personalized ads, subject to your choices as described above and in our privacy policy.

There are no comments for this post "Advances stats show James Harden and Russell Westbrook will thrive". Be the first to comment...