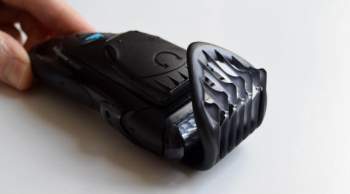 What makes September the most special month in the fashion calendar? To answer this question, we get three of India’s best-known editors to explain, elaborate and celebrate the September issue.

The Devil Wears Prada in 2006 generated intrigue about the ‘non-smiling’ Miranda Priestly, played by Meryl Streep, based on Anna Wintour. In the same year, Ugly Betty raised questions about the unrealistic standards of ‘style’ in cutthroat New York fashion. Then came along The September Issue in 2009, a documentary baring all that goes on in a fashion newsroom to prep the biggest issue of the year. Slowly, yet steadily, pop culture has given enough references to raise interest and reveal the inner workings of one of fashion’s biggest books: The September Issue.

The September issue is defined by editors as the most important issue in magazine journalism because the month is considered to be the first month of the fashion calendar and hence sets the tone of trends for the year. According to launch editor of Harper’s Bazaar, India, Sujata Assomull, September is when the season changes to fall. Summer clothes go back into the closets to make space for warm jackets, boots and overlays. But in India, according to Vogue Editor-in-Chief Priya Tanna and Sujata, the issue doubles as the first festive issue.

Sujata says, “Internationally, September brings in the season of fall. But in India, it’s also the start of the festive season. When I was the editor, I wanted to make sure at least 40 per cent of my content was Indian in this issue.”

The first Vogue issue of September in 2009, Priya Tanna recalls, was oddly a 400-pager. “The September issue has always been special and of course, Vogue’s first Indian book had to reflect that. But it’s also special because in India, the fall issue doubles as the first festive issue as well. The tone of the magazine changes to suit the fall and the festive season, which is what FW stands for! It’s not just Fall/Winter, it’s also Festive/Winter,” she says.

“Internationally, September brings in the season of fall. But in India, it’s also the start of the festive season.” –Sujata Assomull, launch editor, Harper’s Bazaar, India

While editorially the idea is to put out trends of the year, advertising in the issue goes relatively high to make the autumn-winter season lucrative for publishers. Vogue Business reveals that the Vogue Arabia September 2019 issue featuring Kim Kardashian has bumped up ad sales by 10 per cent as compared to last year. Asmita Aggarwal, content consultant with FDCI and former editor with L’Officiel, says revenue for the September issue is up by at least 30 to 40 per cent for magazines.

The September issue is planned six months in advance.“Prep for the issue starts in March. You pull out the trends, shoots are conceptualised and then they’re shot between May and July. By August, international press offices are shut for the holidays. And as for the cover, those are planned anywhere from a year to three months in advance to get the cover star,” explains Nishat Fatima, photographer, author and former editor with Harper’s Bazaar, India.

In three exclusive essays, India’s top fashion editors talk about how the landscape of Indian fashion is ever-evolving as they pick three looks that may not reflect their own tastes, but surely cater to how far our fashion sensibilities have come!

Clothes don’t define us, we define them with our state of mind

Planning and orchestrating a ‘look’ every day is not my thing. It’s time-consuming, tiring and in all honesty, pretty vain. Over the years, I have learned that what works for me best is to have fun clothes that last a lifetime; clothes that are not trend-based, but ones I can wear without too much planning, no matter what the season. Today my cupboard only has clothes with fascinating narratives of how they were made and who made them. I love the freedom of picking out anything and pairing it with other items without falling into a ‘trend-trap’.

We live in ‘social media times’ where we find ourselves obsessing about ‘curating’ ourselves to perfection. This is soul-depleting. Clothes should not be the shackles that impinge on our time. They should, in fact, free us to use our minds to think of new ideas. They should be easy to choose from, so our minds are left alone for their real purpose- imagining a better world.

In my opinion, fashion in India is getting very bifurcated. One side is the mammoth bridal industry that caters to the bridal industry of much pomp and show. The other is quiet minimalism that reflects on craft, technique, and quietude of fashion. Both are required in a market that expects both sartorial needs to be fulfilled. And I am confident that they can both co-exist, however incongruous they may seem. I love clothes that don’t define us and pigeonhole us, but can they be subtle visual narratives of our inner quest? hell ya! This is why I put together this ensemble of Rajesh Pratap Singh’s Tencel dhoti-pants paired with a dramatic Nor Black Nor White jacket that gives the ease of a cool, unaffected style. Here, let’s not forget the significance of the humble white ganji—a perfect minimalist canvas for us to wear our loved adornments, which I’ve picked from En Inde. You can call this a bohemian style, but real bohemia is a state of mind. Clothes don’t define us, we define the clothes we wear.

The fashion industry is finally in a place where it represents the woman with no labels, her whose style, size, skin tone are all-inclusive

What makes up the Indian fashion industry today, you ask? I’ve thought about it long and hard, and the only place to answer this from is a personal one. As I took on the role as editor-in-chief of Vogue India some 10 years ago, the decision was easy – we could either go about the traditional route of commenting on the changing hemlines and necklines of womenswear or we could eschew this from time to time to champion matters central to a woman’s world. And yes, these could very well be the it camel coats to buy for the season, but it could also be co-parenting styles to adopt in a new age, investing your hard-earned money in the best contemporary art of our times, or lessons in carving out your corner room spot at the workplace. The woman we so often put in print, is multi-faceted, manifold and deeply diverse. And the fashion industry that represents this woman has finally caught up with her. Labels no longer apply, and size and skin-tone are all-inclusive. The look I’ve picked here is an Anamika Khanna sari. As the most versatile building block of an Indian woman’s wardrobe, with time it has adapted and become the barometer of her cultural change.

When you think of the September issue of a magazine, you inevitably think of The September Issue. That fast-paced, riveting documentary that took us inside the ivory towers of Vogue’s headquarters, and a peek inside the making of its mammoth fashion issue. But silver-screen dramas apart, in real life it does get very close to that. Three months of brainstorming, check-listing, and some near-tear moments result in a glossy’s show of strength in reporting, encapsulating and in many ways, defining culture, all wrapped up in a 200-pager tome or what we call, The September Issue.

Has the landscape of fashion in India changed? Yes, certainly. We have younger designers who are taking a lot more risks in giving vision to their dreams. The roster of the talent that we have championed at Elle Graduates includes people like Naushad Ali who operates on a zero-waste policy to Yadvi Agarwal and her painterly designs on traditional handloom textiles. In many ways, the way we tell stories through our clothes has changed. I like the fact that a young designer like Anvita Sharma places importance to the person than the gender through her label Two Point Two. Designers like Ruchika Sachdeva of Bodice, and Rahul Mishra (also Elle Graduate winners) have gone on to win the International Woolmark Prize, no mean feat, for their signature design aesthetic (pleats and updated embroidery techniques) and impeccable finish. To them, it’s about the quiet confidence that their clothes exude, and how kind it is on our bodies through the materials used.

Elle’s September Issue: We have been dreamers this season, and I am hoping that I can take readers into a little parallel universe we have created.

This foliage trench that Rahul Mishra showcased at his first ever Haute Couture Week in Paris is pièce de résistance. His reinvention of traditional embroidery techniques defined the nature of the garment. What I particularly admire about Rahul is his journey. For someone like him, who came from a small town called Malhausi in UP and to finally exhibit his work at the top echelons of the fashion world in Paris – if that’s not what the power of grit and gumption is all about, I don’t know what else is.

Alesia Raut, 37: Moscow-born model who is also a VJ and fashion choreographer. [24]

Anjali Lama, 34: One of the only Asian transgender models to bag a campaign with Calvin Klein. [32]

Archana Akhil Kumar, 31: Her sharp features created a sensation in the fashion world. She’s vocal about unrealistic standards of beauty. [3]

Bardeep Dhiman, 26 : Walks on national and international runways, such as Milan Fashion Week. [4]

Candice Pinto, 38: Became GladRags Mega Model at the age of 19 and is a regular at fashion weeks. [5]

Dhruv Soni, 22: In 10 months of being in Mumbai, Dhruv has already appeared at the Lakme Fashion Week twice for A-list designers. [7]

Kanishtha Dhankar, 31: A supermodel who has featured in the Kingfisher calendar of 2017. [22]

Lakshmi Rana, 36: Known for her Panther Prowl as well as being a supermum. [8]

Neelam Gill, 24: British model of Indian descent who has done campaigns for Burberry and appeared on a Vogue cover. [29]

Ravish Vashisht, 28:Started modelling in 2011 and is a regular in the shows of Shantanu and Nikhil, Abu Jani & Sandeep Khosla etc. [13]

Rikee Chatterjee, 31: Done runway for some of the biggest Indian designers and acted in Telugu films. [17]

Robbie Mairh (Age withheld): Has done top campaigns like that of Levis and Rocky S. [26]

Saud Khan, 29: Started by winning a beauty pageant in Bhopal, he’s known for his stylish beard. [15]

Vaibhav Anand, 29: Engineering student who was spotted off Orkut and has featured on the covers of Men’s Health, GQ, Elle, Vogue etc. [20]

Connect with us on facebook.com/hindustantimesbrunch

There are no comments for this post "HT Brunch Cover Story: India’s biggest fashion editors write exclusive editorials to explain the ‘September issue’ - brunch feature - Hindustan Times". Be the first to comment...