Shaving style for boys. Did Jesus Have Long Hair? 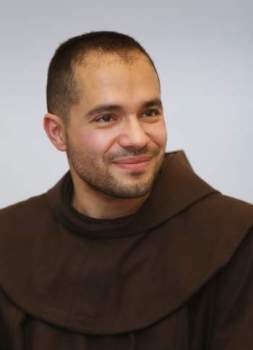 What Was Jesus' Hairstyle?

Have you ever wondered if Jesus had long hair? You may have an idea of what Jesus looked like based on movies, stained glass windows in your church, or other images you have seen. Those pictures are evidence of an artist's imagination. There are no pictures of Jesus created during his lifetime, and there is no mention of his hair length in the Bible. Types of modern beards.

The oldest pictures of Jesus are dated over 200 years after his resurrection, a time frame that is similar to the difference between modern times and the founding of the United States. If you had never seen a picture of George Washington and I asked you to paint one, would you come up with a man with a white powdered ponytail and curls? Probably not. You would probably make a picture that looked similar to the people around you. However, studying pictures of people who lived at the same time as George Washington could help you come up with a close approximation of men's hairstyles during that time.

"A variety of different types of appearance were used, including the thin, long-faced figure with long, centrally-parted hair that was later to become the norm. But in the earliest images as many show a stocky and short-haired beardless figure in a short tunic, who can only be identified by his context."

These paintings represent the artist's culture and imagination.

In the Bible, there aren't any verses describing Jesus' hair. However, there are verses that describe how Jewish men were to take care of their hair according to biblical Law. Based on these verses, it is likely that Jesus had neatly trimmed black hair, long sideburns, and a beard.

Just 50 years after Jesus' birth, in A.D. 57, the Apostle Paul wrote to believers in Corinth explaining that it was a disgrace for a man to have long hair.

"Does not nature itself teach you that if a man wears long hair it is a disgrace for him, but if a woman has long hair, it is her glory? For her hair is given to her for a covering." ( 1 Corinthians 11:14-15 )

In Leviticus, God gave his people specific instructions that proscribed how priests and individual men in the community were to take care of their beards and hair. Even today, these passages influence Orthodox Jewish men in how they wear their hair and trim their beards.

The command, "Do not cut the hair at the sides of your head," resulted in a unique hairstyle for faithful Jews. They trimmed the hair around their heads but let the sideburns grown long. These long side locks are called "peyot" and "payot." According to Chabad.org:

"Much animosity and torture was directed specifically at the Jewish peyot—for the peyot are a sign that differentiates and clearly marks the Jew. However, instead of being embarrassed by them, many Jews literally gave their lives for their peyot, staying proud Jews even to the last moment of their lives. Indeed, Yemenite Jews, instead of calling them peyot, call them simanim, "signs," for they are signs that we proudly wear, proclaiming to all that we are Jewish."

God gave additional instructions for priests to maintain their hair.

"They shall not make bald patches on their heads, nor shave off the edges of their beards, nor make any cuts on their body." Leviticus 21:5

The prophet Ezekiel describes the Temple priests' hair as trimmed. "They shall not shave their heads or let their locks grow long; they shall surely trim the hair of their heads.” ( Ezekiel 44:20 )

These priestly commands are relevant to Jesus because Jesus became our high priest who fulfilled the Law for all believers. "Therefore, since we have a great high priest who has ascended into heaven, Jesus the Son of God, let us hold firmly to the faith we profess." ( Hebrews 4:14 )

Did Anyone in the Bible Have Long Hair?

Scholars believe that among the Hebrews, it was regarded as disgraceful to a man to wear his hair long, except he had a vow as a Nazarite. "The Nazirite consecrated himself or herself, and took a vow of separation and self-imposed discipline for the purpose of some special service, and the fact of the vow was indicated by special signs of abstinence," according to BibleStudyTools.com. Longer hair was the outward sign of the Nazirite's vow.

"For the entire period of his vow of separation, no razor shall pass over his head. He must be holy until the time of his separation to the LORD is complete; he must let the hair of his head grow long.” ( Numbers 6:5 )

After the Nazirite completed his vow, he was to cut his hair and dedicate it to God ( Numbers 6: 18).

Scholars believe that John the Baptist was a Nazirite and Paul also took a Nazirite's vow. As Acts 18:18 explains that at Cenchreae, Paul had cut his hair, "for he was under a vow." In another instance in Acts, Paul was challenged to join four men who were under a vow, so that all in Jerusalem would know that Paul lived in observance of the Law ( Acts 21:23 ).

In the Old Testament, Samson ( Judges 13:5, Judges 16:17 ) was a Nazirite who did not cut his hair. Samson was a mighty warrior until Delilah cut his hair.

Samuel's mother Hannah made a vow not to cut her son's hair if God answered her prayer for a son ( 1 Samuel 1:11 ).

Long hair was an exception. Most Jewish men had shorter hair. "Occasionally, for affectation or singularity, the hair was suffered to grow, as was the case with Absalom 2 Samuel 14:26 ; but the traditional Law of the Jews on the subject was strict,” as Barnes’ Commentary stated.

"Now in all Israel there was no one so much to be praised for his handsome appearance as Absalom. From the sole of his foot to the crown of his head there was no blemish in him. And when he cut the hair of his head (for at the end of every year he used to cut it; when it was heavy on him, he cut it), he weighed the hair of his head, two hundred shekels by the king's weight." ( 2 Samuel 14:25-26 )

How Does This Relate to Our Lives Today?

Historically, artists have depicted Jesus with both long-flowing hair and short, neatly trimmed hair. However, neither of these images match God's commands regarding hairstyles. Since Jesus followed the Law, unless he had taken a Nazirite vow, he would have had neatly trimmed hair with long sideburns that are called "payot." Though Jesus kept the law, he also knew that an outward appearance of righteousness did not always correspond with righteousness. He pointed out the hypocrisy of some religious leaders.

“So you also outwardly appear righteous to others, but within you are full of hypocrisy and lawlessness.” ( Matthew 23:28 )

Christians do not wear payot and may disagree on appropriate hairstyles, but if we focus on outward appearance, we can be caught in the trap of trying to look like a Christian rather than having a heart that is right with God.

Jesus focused on the heart rather than outward appearance. He warned believers to, “Beware of practicing your righteousness before other people in order to be seen by them, for then you will have no reward from your Father who is in heaven” ( Matthew 6:1 ).

As Christians, we must remember that we represent Christ “and whatever you do, in word or deed, do everything in the name of the Lord Jesus, giving thanks to God the Father through him” ( Colossians 3:17 ).

Chabad.org, “Why Do Some Chassidic Jews Have Long Sidelocks (Peyot)?” Yehuda Shurpin.

CNN.com, “From Science and Computers, a New Face of Jesus.” Jeordan Legon, 2002.

Penny Noyes, M.Ed. is the author of Embracing Change - Learning to Trust God from the Women of the Bible and two books about Hezekiah. You can follow Penny on her blog and on Instagram @pennynoyes.

There are no comments for this post "Did Jesus Have Long Hair?". Be the first to comment...