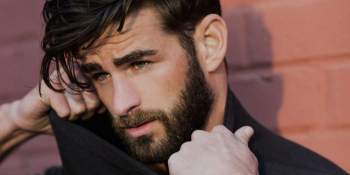 Now that summer is in full swing, many of us are considering changing our look. There’s really no better and easier way to develop a new personal style than by growing a fabulous beard. And, if you’re looking for some beard inspiration, the MLB is a great resource. Top 5 beard styles.

Let's celebrate some of the best beards that have graced the ballpark in 2019:

It’s been quite an eventful year for the Phillies, and Bryce Harper seems to be getting more attention than ever before. This superstar has seen more success than many players twice his age. When the right fielder was 23, he earned the title of MVP from Baseball Writers’ Association of America, adding to his enormous success both on the field and off.

This type of beard gives an air of maturity. Growing a beard like his isn’t that hard as it simply requires that you allow about four months for it to grow in. Then, brush it daily to keep things looking neat and tidy.

As a center fielder for the Rockies, Texas native Charlie Blackmon has seen quite a lot of success over the years. Throughout his time in the MLB, Blackmon has shown that he’s deeply proud of his Texan roots. As the saying goes, everything is bigger in Texas, and his beards are living proof of that.

To grow a beard like Blackmon’s, you need to have a bit of patience. To achieve that amazing length, you need several months. While it’s growing out, make sure to use a beard oil each day to keep that hair soft and silky rather than dry and frazzled. And, don’t forget to trim it each week to keep that neat shape.

Mexican-American infielder Danny Espinosa seems to be naturally blessed with two things: outstanding athletic abilities and glorious facial hair. As for his time on the field, Espinosa has boosted every team he’s played with, earning much success along the way. And, throughout his career, he’s rocked a plethora of impressive facial hair styles.

To pull off Espinosa’s late and great beard, you most likely need to have naturally thick hair. What made his beard so unique is the incredible fullness of it that creates a completely opaque look. If your hair isn’t naturally thick, you might be able to get away with plumping those strands with a super nourishing beard balm each day.

Dustin Pedroia has a unique facial hair style that makes him stand out in a crowd. This Red Sox second baseman is known for his laidback demeanor, and his unique beard styles definitely add to the effect. Despite how great his beard was, you can tell that he doesn’t really put that much effort into it, probably because he’s so busy with his schedule.

Want to copy his look? The good news is that almost any man can pull it off. Just let that beard grow all around the face. Then, trim the mustache and shape the chin area so that it doesn’t look too overgrown. And, trim it down once a week to keep it short and tidy.

As a pitcher for the Phillies, Jake Arrieta sure gets his fair share of attention. What’s added to his appeal are his luscious beards. If you want to copy the look, let that facial hair grow for a couple of months before trimming and shaping around the jawline to create a clean look.

These five baseball superstars know means to wear a beard with pride (even if they shave sometimes). So, if you’re considering growing a beard yourself, we highly suggest looking at these five players' signature styles in order to get some ideas. Each look is fairly easy to emulate and will help you take your personal style to a whole new level.

There are no comments for this post "Top 5 MLB Beards of 2019, The Bearded Bastard". Be the first to comment...