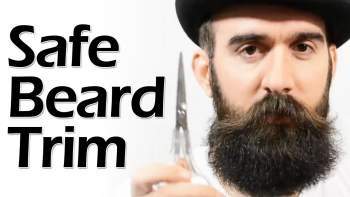 Brian Sughrim sat in a room with his Fishkill Correctional Facility superiors earlier this month. How to beard.

The 51-year-old said he was asked to choose between his religion and continuing his 25-year career as an officer.

Sughrim refused to shave his beard, he said, to honor his Muslim faith. It was a choice that he said ultimately resulted in his suspension and the threat of being fired.

The incident caused "... total embarrassment in front of my colleagues and a great deal of emotional pain in trying to understand why I was singled out because of my religion," Sughrim said in a statement issued Monday. "I pray that justice will be served so that I can begin to heal."

Sughrim and fellow Fishkill correction officer David Feliciano filed a class action lawsuit against the state and the Department of Corrections and Community Supervision, among other individuals, Monday. Feliciano 49, who has served nearly 20 years with DOCCS, said he also was suspended after he was also asked to shave his beard.

Both officers have been reinstated and given "full back pay," Thomas Mailey, DOCCS spokesperson, said Tuesday.

The officers' New York City-based lawyer, Joshua Moskovitz, told the Journal that Sughrim and Feliciano decided to file a class action suit because other officers "have been subjected to what they say is DOCCS' religious intolerance."

Gov. Andrew Cuomo on July 12 signed legislation outlawing discrimination based on natural hair, hairstyles associated with race and religious attire, legislation which is cited in the suit.

The 29-page lawsuit, filed in the Southern District of New York, also claims the prison has allowed other officers to keep their facial hair "for secular reasons."

In a statement Tuesday, Mailey said the department is reviewing its rules regarding facial hair in light of the law.

"... DOCCS has conducted a secondary review of the requested exemptions dealing with facial hair and has made the determination to grant the requests, reinstating both employees to their positions with full back pay," Mailey said.

The legislation prohibits employers from discriminating against current or potential employees based on clothing or facial hair, according to an Aug. 9 press release from the governor's office.

"As New Yorkers we celebrate our diversity and we champion freedom of religious expression in all places, including the workplace," Cuomo said in a statement. "This law will protect people from discriminatory employment practices based on religious attire or facial hair and makes it crystal clear to anyone who may still have doubts that New York has zero tolerance for bigotry of any kind."

Moskovitz told the JournalTuesday the officers were reinstated within hours of the lawsuit being filed, and credited the lawsuit for the department's actions. Sughrim last day of work was on Aug. 10 and Feliciano's was on Aug 14. Moskovitz attributed their reinstatement to the lawsuit.

"The department has had plenty of time to reconsider their actions and look at the new legislation, which they have not done until we brought this lawsuit," Moskovitz said. "That is troubling."

He added that DOCCS knew they were planning to go to court Tuesday to ask for a temporary restraining order. While that action is no longer necessary, Moskovitz said the class action will proceed as they move forward claiming injuries suffered by Sughrim and Feliciano. In addition to the class action, the pair are seeking individual "compensatory damages commensurate with their injuries and punitive damages in an amount to be determined at trial," in addition to the costs of the action.

Feliciano, in a statement provided by his attorney, said the reinstatement “was a small victory for Muslims worldwide.” Sughrim, in a statement, described it as a “first victory.”

“DOCCS realized this was wrong from the start,” Sughrim said in a statement provided by his attorney. “It was clear we were being harassed because of our religion, and our constitutional rights were blatantly violated.”

Aside from religious reasons, the two officers provided leadership with documentation by medical officials to say the men should not shave given their medical history, according to the lawsuit.

"DOCCS had long ago permitted Mr. Sughrim and Mr. Feliciano to wear facial hair for medical reasons," the lawsuit said. "But in March 2019, DOCCS demanded new documentation on their medical conditions, and even though they complied, DOCCS would not continue their medical accommodations."

The lawsuit notes neither officer is assigned to what is called a "clean-shaven post," which requires the use of a respirator, and claims "The very fact that DOCCS has certain posts designated as clean-shaven, while others are not so designated, shows that its institutional needs do not require all officers to be clean-shaven."

Other officers are allowed to have beards without an issue, Feliciano said in a statement on Monday. He added he hopes DOCCS will allow him and Sughrim to follow their faith as there has never been a problem before.

"I have dedicated nearly two decades to this department, and my reputation as an upstanding officer is unquestioned," Feliciano said. "Now the department is trying to ruin my career and take away my pension all because I refuse to go against my faith by shaving my beard. I hope our case sends a message so that other officers won't have to go through what I and Brian have had to go through"

Ryan Santistevan: rsantistev@poughkeepsiejournal.com; 845-437-4809; Twitter: @NewsByRyan_. Information from the Associated Press was used in this report.

There are no comments for this post "Fishkill Correctional officers sue claiming religious discrimination". Be the first to comment...