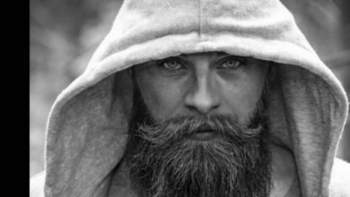 “There is no second chance to make a good first impression” is what Tsar Peter I of Russia probably thought, said the Great, when returning from his long journey to Europe, to the view of his aristocrats imposed the shaving of that long beard, except for clergy and serfs, as he had learned from the sophisticated western neighbors who used to shave and wear witty wigs. He then even coined a coin with the the words “the beard is a ridiculous ornament”, just because of the fact that now appeared sign of primitiveness in comparison of the face clean and powdered of the European aristocracy, especially that French. Various types of beard. Official beard styles.

It’s been three centuries now and what happened? The beard returns and brings with it an unprecedented success incorporating in its flow a generation that, characterized by jazz and bohemian imprints, reinforces a very precise style called “Hipster”. With this term, coined in the 40s / 50s of the last century, it means a phenomenon of nonconformity, at least originally, but above all the expression of impatience with the rules. The hipster subculture expanded rapidly, taking on new forms after the second war world, when a literary thriving scene was associated to the movement. Jack Kerouac described the hipsters of the forties as errant souls, bearers of a special spirituality.

Today the Hipster is who makes the beard as symbol of his style, admiral of his image, becoming its protagonist. Enough to the face clean and well-shaved, but unkempt and proud of naturalness; is this that it wants by disguising facial defects and improving them quality. The result is phenomenon of doing explode, what was left behind in oblivion like the shaving room, today better known as “barber shop”, much more refined environments in furnishing, typically male public (the demerger returns from unisex hairdresser), but above all true colonies where the subject finds care for beard and hair, another great ally, often “Ribbon combed”. In fact it ends up on the part of man that self-management for the essential, but turns to the care of his own image, developing an exuberant style, often approached in clothing and in the use of accessories like chains, rings.

To choose which style of beard we look in the mirror and let’s try to identify what form our face has, since it is based on to this we will decide the style that is most appropriate to us. The face of man it is generally divided into seven forms: oblong face, square, round, triangular, oval, rectangular and diamond.

All types of beard styles

Beard for oblong face: it is characterized by having very often one elongated forehead and chin. In this case better to wear a sparse eard longer in areas such as sideburns, cheeks and around the mouth. It must instead avoid excessive length at the chin because it would have the effect of stretching the face. Styles like “A La Souvarov”, “Dali”, they manage to balance the elongated shape of your face.

Beard for squared face: it is characterized by having a jaw pronounced. It is necessary to round up the angularities through a beard uncultivated on the sides of the jaw. We will choose a defined beard with sharp and precise lines around the cheekbones, shorter on the sides a stretch on the chin enhancing the squared line of the jaw. On this base then you can have different shapes: circular beard (lace and mustache form a circle); real beard (mustache follow the line of the lace); lace (beard covering the chin); goatee (beard that lengthens the chin).

Beard for round face: if you have a round face make your beard grow it will help to give the impression of being thinner. Imperative: stretch your face and create angular lines. The beard follows the line of the cheekbones to lengthen the face, thickening on the chin for improve its effect. We can choose an anchor beard (outlined to highlight the chin line); large goatee with mustache detached; beard with mustache without sideburns. I do not recommend the mustache, up a typology of this face makes a little funny effect.

Beard for oval face: it is the most widespread face that fits almost all styles of beard. In this case you can choose between: mustache a

cover the upper lip; short beard to simulate regrowth of three days; horseshoe going down the whiskers on the sides of the lips; classic mustache that rests on the upper lip.

Beard for rectangular face: it is necessary to round the angular lines. Beard shorter at the base and longer at the sides to enhance the shape of the face; beard with long whiskers that join the whiskers; beard with goatee with a strap, that is a thin strip of beard between the lip lower and chin; beard without whiskers only contour of the chin.

Beard for a triangular face: it is necessary to correct the visual effect of the long chin. A longer beard on the sideburns and sides of the face will give a more regular shape. You can grow a beard around the mouth or just a mustache. To avoid the long goatee that would end up stretch your face. Try to create volume on top and on the sides in order to balance the shapes.

Beard for a diamond face: this face is characterized by a chin and very important jaw. To avoid a bushy beard that it would magnify the face more. This form resulting pronounced both in width and in width allows you to choose a sparse beard, a uniform beard or a simple goatee.

Finally do not forget the long beards, which saw one wide spread to start the homeless trend (bum style), too if lately they are less frequent. This type of beard is more laborious in daily management. In fact for not having a wood vertical, it is necessary to shape the hair well and daily using appropriate gels and creams. Element then not to be overlooked is hygiene. The facial pelvic is indeed very hospitable with the various types of bacteria (to do envy to the toilet), so you have to keep your beard very clean, with detergents suitable for three times a week.

There are no comments for this post "Beard styles for every different face shape - Il blog del Marchese". Be the first to comment...

There are no comments for this post "Mens best beard style. Beard styles for every different face shape...". Be the first to comment...