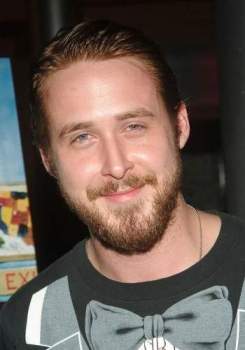 Uncle Sam’s style beard is a goatee and Lincoln’s beard is called a Shenandoah.

A goatee is a beard trimmed to a point or a tuft on the tip, just below the jaw. Goatees are traditionally incorporated with a mustache and they neat and considered fashionable. However, for those men who feel sophisticated because of their well-groomed goatees, you should bear in mind that the etymology of the word is “ goat -like”. It is also interesting to note that usually Satan is depicted with a goatee.

A Shenandoah style beard is grown full and long over the jaw and chin, meeting with the sideburns and lacking a moustache. Sometimes this style beard is even called a Lincoln. Nobody ever says anything negative about Abraham Lincoln so adopting this style of beard puts its users in little danger of being compared to a goat or to a devil. This beard style is very popular with Amish men in the United States.

The rise and fall of beards and other facial hair has been continuous throughout history. There were even periods when men who were enslaved were forced to have their faces shaved as a sign of subjugation. In other periods, men’s beards were shaved off as a punishment. At the time of King Henry VII, the British government taxed men who wore beards, even though King Henry himself wore one. Queen Elizabeth I kept up the tax when she took the throne. Peter the Great also taxed all Russian beards. In the early days of colonization in America, men were sometimes persecuted for wearing beards and their beards were removed forcibly. Abraham Lincoln, the 16th president of the United States, was the first president to use a beard, although he did not begin his presidency with one. Maybe he just got too busy to shave after he took office. Beards became popular after Lincoln dared to grow one. It helped that Napoleon III of France, Frederick III of Germany, Karl Marx and Giuseppe Verdi all wore beards around that time and their fame also helped to popularize them.

But that changed in 1903 when the Gillette safety razor was launched and eased the morning chore that men hated. It wasn’t too long after that the U.S. military banned beards. But this was actually a safety measure because their beards got caught in combat equipment such as gas masks. When Cuba became the first Communist country in the western hemisphere and Fidel Castro came into power in 1959 with his scruffy beard, beards began to be associated with America-haters or radicals. With the advent of the beatniks, beards made a comeback as a sign of being “ hip ” and that continued into the hippie generations in the 1960s and 1970s. But many people during that time, and especially the white-collar class, thought that beards represented a generation of young people who took drugs and rejected mainstream values. But even they couldn’t control the popularity of beards when those new gods, the Beatles, all adopted them.

But when the Beatles began to break up in the late 60s, the popularity of beards faded away until relatively recent times. Some beard experts say that this current cycle will be a long one, in part because the definition of masculinity is shifting due to changing gender and sexual boundaries. Men used to use beards to remind us of rugged explorers and hunters, and maybe some men still use facial hair today for intimidation, just as their ancestors used to do. But mostly, beards nowadays are fashion statements and are often imbued with social messages. It is amusing to note the pros and cons of facial hair. Some beard supporters say that facial hair reduces the chance of skin cancer, as it filters out UV rays from sunlight. Still anti-beard people claim that full beards have as many germs as a toilet seat. Studies in the field of Evolutionary Biology show that women think the sexiest look a guy can have is some degree of stubble. The same studies claim that men with full beards and clean-shaven men are rated lowest on a sexiness scale. Obviously, those studies did not poll any women in my age bracket. Whatever, it’s complicated to be a guy nowadays; they need to create a “look” just like women do. So for those of you who are ESL students, how about learning some facial hair vocabulary? Take a look at the three faces below and label them. One is clean-shaven, another is stubble (3 – 5 mm long) and still another is long stubble (up to 6 mm).

Many guys from all walks of life and all ages use the three kinds of beards shown below. Take a guess and label the beards below. One is a Balbo Beard; another is a Chinstrap Beard, and the third as a Circle Beard. Which is which?

The Classic Full Beard is especially compatible with men who have inverted triangle faces, oblong or oval faces, or diamond- shaped faces. This kind of beard is often called a Bandholz. It got this name from a Merrill Lynch corporate executive named Bandholz who decided he wasn’t a good fit with the company’s “ clean-cut ” policy. So he quit his job and founded a company called Beardbrand. His company sells products like beard oil and mustache wax, mostly through its site but also in retailers. That’s Bandholz on the upper right of the last three men pictured.

The Extended Dyke Goatee looks good on square or oval face shapes. It works well for any age group and is especially good for amateurs who do not have time for regular trimmings.

The Classic Van Dyke Goatee works well for men with narrow chins or men who have baby faces. Van Dyke beards are named after the 17th century Flemish painter Anthony van Dyck and it was a popular style among European royalty during the 17th century.