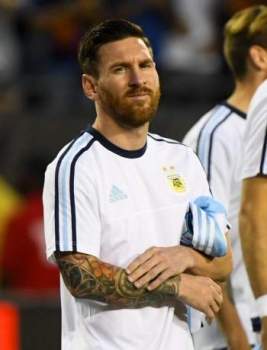 While places like New York City and Chicago are famed for their pizzas, San Francisco has its own share of delicious pizza specialties. We’re even home to the world champion of the annual World Pizza Games, Tony Gemignani. Get your taste buds ready, because here are some of the best San Francisco-style pizzas by neighborhood that are sure to please every pizza aficionado's palette. Famous beard styles.

Back in 2007, Tony Gemignani became the first American to win the title of World Champion Pizza Maker in Naples, Italy, an award he's since won 12 more times, in addition to being named champion of the World Pizza Games, a competition amongst the world’s best pizza acrobats (yes, it's a sport!). If his pizza acrobatic talents weren't enough, he's the proprietor of this pizzeria on Stockton St. In addition to Italian-style pies, like his World Pizza Cup-winning Margherita, Tony's serves a wide range of pizza styles including American recipes like the Eddie Muenster, which features fried kale, smoked bacon, calabrese peppers, muenster cheese, honey, and lemon.

Golden Boy Pizza is a divey alternative that tends to serve the late-night crowd. Square foccacia slices support heaping toppings like Golden Boy's famous Clam & Garlic. The flagship has been here in North Beach since 1978. Look for a line down the block on Green St. and you’ve likely found it.

Tommaso's has been serving their wood-fired pizzas in North Beach since 1935. In fact, it brought the first wood-fired brick oven to the West Coast! While their variety of thick-topping pizzas are their specialty, Tommaso's also serves incredible pastas, antipasto plates, and wines to pair with your meal. If you want authentic, no-nonsense pizza, Tommaso's is the place to go.

Doing a little shopping in the Union Square area? Fifth Arrow is the place to go. Deceptively slim, the pizza menu is packed with interesting base options—the Padron has roasted peppers, sweet corn, leek crema, and ancho recado—as well as intriguing add-ons, like fennel sausage and bacon marmalade. You’d be remiss to ignore the sides (hello, sourdough-battered onion rings) and innovative cocktails (the Foggy Memory has both bourbon and chocolate in it). Plus, the restaurant has bowling, skee ball, and vintage arcade games. Oh, and did we mention there’s a music venue upstairs?

Roman-style pizza is Delarosa's forte. Their thin and crispy pizzas, served seven days a week, go hand-in-hand with their crafted cocktails. Delarosa's communal seating makes it a great place to grab a bite with friends, or to make new ones. Stop by one of Delarosa's two locations: the original location in the Marina or the second location in the Financial District.

Michelin Recommended from 2013 to 2019, this Folsom St. establishment serves family-style plates and pizzas named after San Francisco thoroughfares. For example, the Fillmore includes hen-of-the-woods mushrooms, leeks, mozzarella, grana padano, pecorino, fontina, garlic, and thyme. (Pro tip: Add Nduja or a Jidori egg.) Sourced from small-scale local farmers, the ingredients are what make this place shine. They also have a full cocktail menu including some delicious mocktails.

If you’re craving East Coast-style pizza, Jersey on Second St. offers pizzas like the Taylor Pork Roll—with special Jersey sauce, a fried egg, mozzarella, and provolone—as well as West Coast pies with a different, puffier crust and more restrained toppings. Jersey also has a robust lunchtime menu of salads and sandwiches in addition to the usual pizza and pasta.

What's more San Francisco than our original sourdough bread? Goat Hill Pizza has been making sourdough pizzas since 1975. Their doughs are made daily and rest for three days to develop their distinctive sourdough taste. Choose between fourteen different pizzas and indulge in their various pastas, sandwiches and appetizers every day of the week.

Once a mobile pizzeria, Del Popolo has been brick-and-mortar on Bush St. since late 2015. It's been voted one of the Bay Area's 100 best restaurants of 2019 by the San Francisco Chronicle. The upscale menu offers divine options—like a zucchini pizza with mozzarella, charred scallion salsa verde, and pecorino jagas—and an extensive wine list including sulfite-free natural wines. Del Popolo also features a to-die-for antipasti menu that changes based on what’s fresh at the market. They also have gluten-free crust for a small surcharge. Yum!

Sure, the Mission District is known for its Latin American food; but that doesn’t mean there’s not killer pizza to be found, too. Pizzeria Delfina was initially just an expansion of the owners’ James Beard Award-winning restaurant next door, Delfina. Now it has five locations! The original 18th St. spot in the Mission is still busy at all hours—with good reason. You'll find mostly classic Neapolitan-style pies. We recommend the Squash Blossom Pie with zucchini, ricotta, mozzarella, and agliato.

San Francisco’s most famous Chicago-style pizza also has an outpost in the Mission. Little Star on Valencia St. has the deep-dish on lock, plus a solid menu of thin-crust pies. Go for the Little Star—mushrooms, onions, and spinach blended with ricotta and feta (and be sure to request the additional roasted garlic)—followed promptly by a slice of Bourbon Vanilla Bean Cheesecake from the SF Cheesecake Company.

Since opening their doors in 2009 and being named the "best pizza place in San Francisco" in 2014, Flour + Water continues to showcase a delectable menu of pizzas and pastas. Fan favorites include the Fiore di Zucca pizza, Salumi pizza, Padron Garganelli pasta, and many others. They also have a full vegetarian menu.

"What's a pizzetta?" you might ask. It's a small pizza packed with a whole lot of flavor, and it's Pizzetta 211's specialty. Their cozy and intimate ambiance makes it a perfect spot to unwind and enjoy a meal. Check what's on the menu before you arrive; the special pizzettas rotate bi-weekly.

Don't be alarmed by Che Fico's charred crust. It's exactly what makes their pizzas so tasty! The Napoletana with pomodoro, taggiasca olive, anchovy and arugula is a hit, as is their pineapple and red onion pizza with fermented chili oil. No matter what you order, get ready for a serious flavor explosion in every bite.

Neapolitan pie favorites at A16 are their Salsiccia pizza and Margherita pizza, and the Burrata with olive oil is also a must! Take a seat indoors or sit outside under the fully covered outdoor patio with romantic string lights. You can also find A16 during Off the Grid every Friday at Fort Mason Center serving street pizza, seasonal salads and cannoli.

The only dilemma visitors face when eating at Patxi's is choosing between their signature deep dish pizzas, pan pizzas with a cornmeal crust, or light and crispy Neapolitan pizzas. Unique menu items include chicken tikka masala pizza, the old Chicago special, and Greek pizza. But it doesn't stop there. Indulge in Patxi's dessert pizzas, a roasted caramel apple pizza or s'mores pizza, for a real treat.

In search of vegan pies? Hit up Cybelle's. This New York-style pizza joint just two blocks from Golden Gate Park earns a spot on our list for its dairy-free pies. Grab a monster slice of their Clambake Pizza and take it out to Ocean Beach for a true sunset experience.

Mozzarella Di Bufala is more than just your neighborhood pizza joint. They have been infusing classic Italian food with traditional Brazilian fare since 1992. The Feijoada Completa, a black bean stew with fresh and smoked meats served with collard greens, rice and farofa, and the original Di Bufala's Pizza are just some of the menu items that keep visitors coming back for more.

There are no comments for this post "San Francisco's Best Pizza by Neighborhood, San Francisco Travel". Be the first to comment...