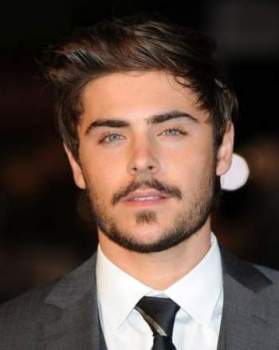 Although the Ministry of Culture has yet to officially adopt the styles presented by the Veil and Modesty Festival, the private organization said approval is pending.

It would be the first such rules for men’s hair styles since 1979 Islamic Revolution.

"We introduced the hairstyles to the Culture Ministry," said Jaleh Khodayar, head of the group, telling Iranian newspapers Tuesday that it had been approved informally and an official statement would soon be made.

Clothing and hair styles have become a highly visible political statement in Iran since the first stirrings of the reform movement in the late 1990s.

Many young women have tested authorities by allowing more hair to spill out from under their head scarves and wearing shorter and tighter coverings.

Some men, too, push boundaries with earrings and long hair and ponytails.

Even shaving habits can take on broader overtones. Beards or heavy facial stubble — worn by President Mahmoud Ahmadinejad and other officials — are considered signs of religious piety and loyalty to the ruling clerics. But many men, including opposition activists, adopt a clean-shaven look.

None of the models shown wearing the shorter styles wore religious beards, however, perhaps as a way of appealing to less pious Iranians.

The featured haircut weren’t entirely without a sense of whimsy, including a 50s-style pompadour complete with sideburns for one as well as an almost circa-1990s Hugh Grant floppy mop for another.

The group says the styles will be modified for Iran’s provinces based on regional culture and the models will be displayed in barber shops for visibility.

Hard-line groups have repeatedly launched drives to reimpose more conservative codes for women, but often gave only passing attention to men until now.

The new hairstyles are aimed at confronting the "Western cultural invasion," according to Khodayar, by promoting cuts based on the "law and culture" of the Iranian society.

She said female hair styles will be introduced in future and the styles would be featured in foreign exhibitions in hopes of spreading them to other Muslim countries.

The introduction of appropriate hairstyles for men is the latest salvo in Iran’s annual modesty campaign which peaks every year at summer time and is aimed at combating any deviation from strict Islamic attire.

Since 1979 revolution that brought Islamists to power in Iran, authorities have regularly detained young people, male and female, for ‘lack of virtue’ in their clothing, hair styles and makeup.

Laws in place since the revolution require women to cover from head-to-toe in loose-fitting overcoats hiding their shape and cover their head with a scarf.

The rules are enforced by police and paramilitaries, who castigate women for showing too much hair, wearing makeup or figure hugging clothing.

There are no comments for this post "Iran offers modest new haircut guidelines for men - Daily News Egypt". Be the first to comment...