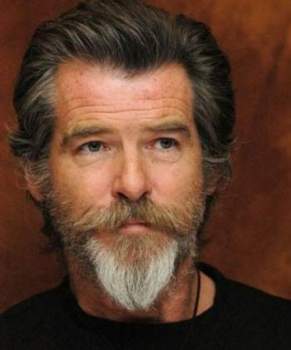 All the Beard Styles

Growing a beard is a dream of every man-to-be, i.e. a boy. Ideally a full beard is the most sought after style of beard. But it is possible only if you are able to do it. However, you don’t have to worry if you aren’t. There are so many beard styles that there is at least one for every man. Let’s look at various beard styles and how they suit various types of faces. Various beard styles.

A full beard is a classic expression of a beard. Stylists recommend full beards as the best choice for men who are able to grow a full beard.

While growing a full beard, ensure to define its shape correctly. Many full beards fail due to bad neck lines than by any other beard-growing mistake. Plus, it is also important for you to define the correct cheek line for the full beard. A great neck line defines the full beard in a smooth shape and pleases the eye. Leave the cheek line natural; but if you feel that it is too high, define it at an angle from the sideburn before the ear down to the outer border of the mustache. Don’t define it too low, because it gives a gutted beard appearance.

Garibaldi is a type of full beard; however the full beard flows down, while a garibaldi beard is shaped round at its bottom.

While growing a garibaldi, grow first a full beard at least up to four weeks. After four weeks, give a round shape at the bottom.

Also called candado (Spanish), padlock or circle beard, a goatee and mustache is among the most popular beard styles and is a fine choice for men with a good growth in the chin and mustache areas, but a weak growth in cheek areas.

When you grow a goatee and mustache for the first time, it is good to allow a bigger area to grow than the size you would like. That will offer you more flexibility in deciding the size of the coverage part for goatee and mustache. Other way is to start growing a full beard and once all hair grows, you can shape and trim it down to your desired shape. Typically the shape of a goatee and mustache is oval, but you are at liberty to experiment with various kinds of shapes. However, to start with, it is recommended to have an oval shape.

Also called Hollywoodian and tailback, extended goatee is a variant of goatee and mustache. You can do still more beard styles of extended goatee by adjusting the shapes or angles of the extension.

When you start growing an extended goatee, it is good to grow in a larger area than you desire. Once you achieve a sufficient growth, you can make a proper demarcation of shape you want. The extensions are defined usually by extending the beard in a horizontal line from the corners of the mustache towards each ear. As an alternative, you can start with a full beard and trim it down to your desired shape. You can also convert your existing goatee and mustache to extensions.

A balbo is a nice variation of goatee and mustache. Balbo is characterized by no connection between the goatee and the mustache. The goatee is shaped into an inverted “T” with its ends not meeting the mustache. You can have another beard style of balbo in form of total omission of mustache.

When you start growing a balbo, grow it upon a larger area than you desire. After achieving enough growth, you can trim it down to your desired size. You can also switch to a balbo from an existing full beard, or goatee and mustache, by trimming your earlier style.

Also called Van Dyke, chin puff and mustache or Colonel Sanders, the chin strip and mustache is also a variation of goatee and mustache. It is characterized by a mustache and a vertical strip in the center of chin, down the lower lip.

Just grow a mustache and a vertical strip in the center of the chin. You may grow the strip on the chin a little wider than desired and later trim it down to the desired shape. Another option of chin strip is to make the strip pointed.

Chin strip is a variant of goatee and is characterized by a vertical strip in the center of the chin, down the lower lip, without mustache.

You just have to grow a vertical strip in the center of the chin. You can grow it a little wider and later trim it down after achieving sufficient amount of growth. Chin strip too can be shaped into a pointed end.

Goatee is the hair grown on chin all through the area below the lower lip. Its width is usually the same as that of the mouth.

Grow hair below the lower lip. Define the borders as vertical lines or you can also make them a bit curved. You can shape the bottom of the beard round.

Also called imperial and mouche (French word meaning fly), the soul patch is a variant of the goatee beard style. It features hair growth in a small area immediately down the lower lip only in the center and not all through the width of the mouth. Achieve the size depending upon your own choice and growth pattern.

Also called Donegal and chin strap, chin curtain is actually a full beard along the lining of your lower jaw, without a mustache.

Growing a full beard with mustache is the easiest way to grow a chin curtain. Later, you can shave the mustache off. Alternatively, you can trim down the cheek line to flow just above the jaw line, forming an even strip of beard going from ear to ear.

Brett is similar to chin curtain, but it isn’t connected with the sideburns.

While growing a Brett beard, grow a full beard and mustache which is the easiest way. Later shave off the mustache and the growth between sideburns and the beard.

Grow sideburns down up to the corners of mouth. Simultaneously grow mustache too. Let the sideburns get connected to the mustache. Define a vertical line at the end of the sideburns at each corner of the mouth. The bottom of the sideburns should be aligning with your jaw line.

Mutton chops are extended sideburns up to the corners of the mouth, without a mustache.

Let sideburns grow down, without a mustache, towards the corners of mouth and define their ends with a vertical line at either corner of the mouth. The bottom of the sideburns should align with your jaw line.

In the neckbeard style, the mustache, chin and jawline are shaven off and hair is allowed to grow only on the neck. Though this beard didn’t become very popular, some noted historical personalities used to wear it, like Nero, Henry David Thoreau, Horace Greeley, Wilhelm Richard Wagner, and more.

If you want to grow a neckbeard, first grow a full beard and then shave off mustache and jawline.

Reed is a beard that is worn on the jaw area and lower part of the chin with integrated mustache. The beard runs towards the ears but doesn’t connect to the sideburns.

If you want to grow a reed beard, growing first a full beard is preferable. Later you can shave it off on the lower lip and its connection with sideburns.

A hulihee is similar to friendly mutton chops, but has fat chops connected to mustache.

For growing a hulihee, grow a full beard and then shave the chin off.

There are no comments for this post "Beard Styles - Cool Beard Styles Guide,". Be the first to comment...