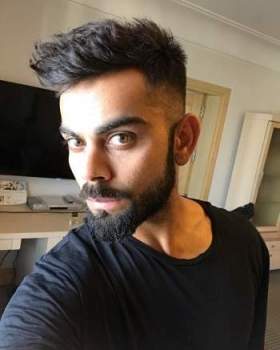 IOWA CITY — There’s no shortage of things brothers Levi and Landan Paulsen have done together, and competed in, over the last 22 years. Hair and beard style for man.

They play on the offensive line at Iowa and live together and have enjoyed wrestling, band, choir, show choir and even matching hair styles.

“Maybe not so much girlfriends, but no, (we’ve competed in) everything,” Levi said. “Whatever it is, there’s always a competitive something or another.”

The two can’t have the same number on the field, but they came just about as close on that one, too — No. 66 and No. 68. Landan said they think alike, too, attributing it to the “twin telepathy or whatever you want to call it.”

But a different thing the Paulsen twins share has made a big impact on the Iowa football team and captured the attention of the Hawkeye coaching staff — their community service.

“Those guys are unbelievable teammates, they’re unbelievable leaders and on top of that, they’re servant leaders,” Iowa offensive line coach Tim Polasek said. “They do their best work away from the building when nobody is watching.”

Polasek repeatedly referred to the brothers as “servant leaders.”

“Without being primary starters, they’re as good of leaders as I’ve ever been around,” Polasek said.

In February, the Paulsen brothers sacrificed their locks of hair to help raise money for the University of Iowa Stead Family Children’s Hospital. They agreed to get the haircuts on stage during Dance Marathon for $10,000.

They agreed to shave their beards, too, after raising more than $15,000. They were their first haircuts since high school.

Landan said they received donations from far beyond Hawkeye country — Norway, Hawaii and New York, to name a few locations.

“It’s a cause that is near and dear to our hearts,” Landan said.

Helping people in nearby hospitals has been especially rewarding for Landan. Polasek said the brothers are at the children’s hospital “all the time.”

“No matter how young or old the patient is, you walk in and they just glow,” Landan said. “Maybe they haven’t been able to stand up for two or three days and then they sit up in their bed when we come in. It’s incredible to see the power that festers inside them when they see us.”

In Moville, the Paulsen brothers, who each weigh 305 pounds, lifted and moved couches for elderly neighbors who couldn’t move the furniture themselves.

“We’d get calls from elderly people that needed help moving a couch or something,” Levi said. “They’d want to pay us and we’d say, ‘We don’t need to get paid for this — two seconds out of our day after church.’”

Before moving couches, it was baling hay and shoveling snow. They consistently refuse — or at least try to refuse ­— any money.

If the resident doesn’t take no for an answer, Landan tries to at least “knock it down” to a smaller payment.

“We’ve run into a lot of cool people since we’ve been through college and high school,” Landan said.

“We all wear black and gold, but we’re never too big to do something for somebody,” Landan said.

That doesn’t stop the brothers from having fun, though. Levi described him and his twin as “goofy” people.

“When we’re together, we really like to have a good time,” Landan said.

Now Polasek is hoping the success in service expands to success on the football field.

“It’s time to play football. It’s not just about community service and being a great kid,” Polasek said. “There are a lot of great guys that would love to join our team.”

Playing time hasn’t been the same for the twins. Iowa’s latest depth chart has Landan starting and Levi on the second team, although Levi has played more in his career than Landan.

Polasek sees more of a “supportive vibe” than a sibling rivalry from the Paulsen duo, but Levi said situations like this provide extra motivation.

The competitiveness dates back to their time wrestling against each other. Their high school team had two large wrestling mats.

One mat had 18 people. The other had four or six, leaving the rest of the space for the Paulsen brothers to “brawl.”

“Our coach would try to stop (us brawling),” Levi said. “It’s just the competitive nature in us. We’ve always strived to be better than one another, and it’s aided us in our athletic careers.”

Less than three weeks away from the start of their senior seasons, the Paulsen brothers are well aware their time together in black and gold is dwindling.

“It’s definitely bittersweet,” Levi said. “There’s a lot of lasts that have happened. Every day is a last for me.”

It’s led the Paulsens to have a new focus on mentoring the younger offensive linemen.

“It’s all about enjoying the time with my teammates and really doing what’s best for Iowa football, and that’s helping the young guys along and leading as a fifth-year player,” Levi said.

It involves communicating with them, showing the “right way” of doing things and throwing in a joke, too.

Levi said it also includes pulling a teammate aside and taking “a different angle” if a coach is saying something that is not working.

“It might not be clicking for two, three days,” Levi said. “Dumb it down a little bit so they can really understand. It’s been super cool.”

Cody Ince, a redshirt freshman backing up Landan at left guard, said the brothers have “been really helpful” and “truly guys you can look up to” since Ince arrived on campus.

“They’ve been really helpful, especially with the playbook and stuff and trying to learn new things,” Ince said. “It’s a lot to take in, but they really help out with all that stuff.”

The brothers have put on a crawfish boil for the rest of the team as well.

Looking ahead, there’s plenty of uncertainty for the health and human physiology major and environmental studies major. They still plan on being near each other.

“We’ve kind of come to the conclusion that no matter what, we’ll probably be within 30 minutes or an hour away from each other,” Landan said.

But there may be another thing to do together in the future. They both added entrepreneurship as a second major after enjoying the same business class and have plans to possibly put that to use.

“We’ve always talked about opening up a business someday,” Levi said. “We don’t know what entrepreneurial venture will come to us, but I think that’s probably definitely in our future.”

There are no comments for this post "Iowa twins Levi and Landan Paulsen move couches, donate hair and guide young Hawkeyes together, The Gazette". Be the first to comment...