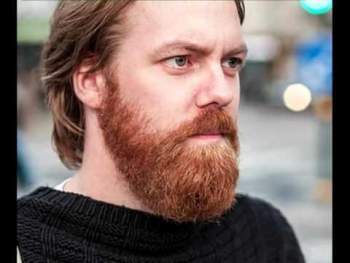 There once was a time not so long ago that if you had a beard heck even a bit of stubble people would assume that you were either a down on your luck chancer or that life hadn't been too kind to you over the years. Full beard styles.

Be it the suit and tie feel of the office to dating in general guys with beards were just thrown tp the back over the clean-cut Hollywood A-listers.

Thankfully over the last 5 years, the beard game has come on strong and now we have a workplace that accepts us for who we are whilst women well who doesn't love the beard.

Below are the 5 tried and tested styles that have stood the test of time why not start your journey the same way I did and that was by throwing out the razor and rocking that stubble look.

Which Should You Choose

With so many options out there it can be overwhelming to pick a style and I am a firm believer in working and rocking what you got. That’s where this guide comes in walking you through the stages of all beards from stubble to a full-on Grizzly Adams beard.

Whether you’re a facial hair god who wants to rock something different to a guy who has never had anything but stubble I believe this guide will cover all bases.

Back in the day having stubble you were kinda typecast into the mould of a man who well was not getting his fair share in life kind of down on your luck sort of chap.

Of all the facial hair styles available to man, stubble is simple to achieve and pretty simple to maintain just throw away them razors your not going to need them from this day on.

Kept neat and trimmed, it’s a style that looks as good in the boardroom as it does in a bar. As a rule of thumb, three to four days’ worth of growth is optimum for most guys.

Little effort, Big impact, the goatee has long been the facial hair choice for rockstars, rebels and people who just don’t give a fuck.

Essentially, this refers to any style featuring hair above the lip and on the chin only, sometimes connected to create a frame for the mouth. In short, it’s the artistic, slightly villainous brother of the beard.

As the rockstars chosen beard a goatee is perfect for adding an edge to your look or if you don’t want to commit to the effort of growing a huge kick-ass beard. They’re also perfect if you struggle to grow a full beard or find that when you do its patchy.

Put simply this is where the hair above the lips is longer and fuller than the hair on the rest of the face somewhere between stubble and a full beard some even say its the ‘mullet’ of the facial hair world.

Those who have experimented with the style include everyone from designer Patrick Grant to actor Jamie Dornan and model-turned-DJ Chris Camplin.

In the same way, it straddles two facial hair styles, this style can be worn by a variety of men be it a banking or office job or builder down the road from you its never going to look out of place.

This is, in my opinion, the style most of us have rocked on our journey and one that gets the attention of the females just as much as a full beard, the short beard is a more versatile, understated and office-friendly alternative – perfect if you’re fending off a boss who’s phobic of facial hair.

This is a mans facial hair middle ground – kept tidy, not groomed within an inch of its life – a short beard suits an office environment as well as a night out with the lads.

This is it the king, the daddy the beard to envy all beards, ladies and gentlemen, I give you the full beard.

Like most good things in life, this takes time and patience if it was as easy as throwing away the shaving soap we would all be rocking this killer look. The fuller the beard, the more maintenance it requires and the more problems you’re likely to encounter.

Take time to look after it, though, and you’ll always have something the girls love and other men envy.

There are no comments for this post "THE BEARD STYLES YOU NEED TO KNOW IN 2019". Be the first to comment...