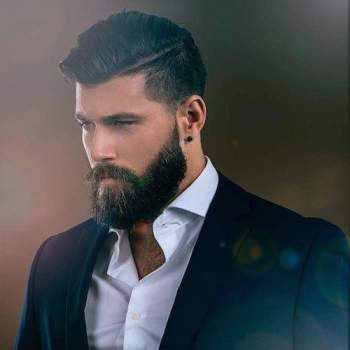 Share With Friends and Family Hairstyle with beard look.

When you think you have seen all John Wick haircut, more will still keep coming in every movie he appears. Keanu Reeves AKA John Wick is a Canadian musician, actor, producer and director that has been in the movie industry for over 20 years.

Reeves’s hair shows beyond doubt that his grandmother’s gene was transferred to him through his father. Well if you don’t know, his grandmother is a Chinese Hawaiian. Keanu Reeves first appeared in the movie titled “Young Blood” in the year 1986.

Ever since then, he became popular around the world. Thus, his hairstyles and haircut also became popular among his fans. From 1986- to date, he has changed his hair with so many hairstyle and haircuts. This will lead us to know his latest movie haircut (John Wick haircut) Have you also check out haircuts for men with curly hair, Cristiano Ronaldo Haircuts and approved military high and tight haircut

I know so many people are seeking for the latest John Wick haircut name. Well, it is called chin-length side-swept or medium length haircut. The great thing about this haircut is that it easy to copy so you won’t spend so much time and money in the salon.

How To Style Hair Like John Wick In 9 Minutes

Beginning or first two recommended steps were not shown in the video, so here is it.

Step 1: Make sure you wet the hair before any other thing, this allows you to get in touch with the full hair length.

The best beard trimmer to use for this beard style according to editorial picks is Philips Norelco Multigroom Series. To keep your beard soft and shiny it is important you maintain a clear and working beard care routine. For this length of beard, I won’t recommend a beard balm because it’s going to be a little bit heavy on the beard.

Just like ladies Bob, this is textured natural trimming. The only real maintenance for this haircut is the need to have regular trimming, at least once a month. In other words, it is wash n’ go haircut for men. It’s more of trimming the messy hair frequently. For me, I think this hairstyle won’t fit in with young boys.

In the early stage of Keanu Reeves’s career, He wore his innocent-looking thick layered short haircut for some time. If a man has short hair, then it is easier to maintain.

The real man that killed his fellow man with a pen in John Wick is here again. Not only that, he increased it to using a book in John Wick 3. What is going to happen if there will be John Wick 4?

Different styles of beards and mustaches

Medium For Young Men Below 40

Keanu Reeves buzz cut is kinda textured. It’s not too low, but water can get to the scalp and most importantly it’s a low maintenance haircut that can fit in with any man.

If you haven’t watched the action movie titled “ John Wick ” and “Matrix” then you are missing something awesome.

Now I would love to hear from you.

Or maybe you didn’t get enough of what you needed.

Beard styles and how to trim

Either way, do let me know by leaving comment below right now and don’t forget to share with friends and family that needs it.

There are no comments for this post "John Wick Haircut {Keanu Reeves} Updated - Hairshepherd". Be the first to comment...