Different goatee styles. Employers Have Policed Black Hair for Decades. These Women Have Had Enough, Glamour 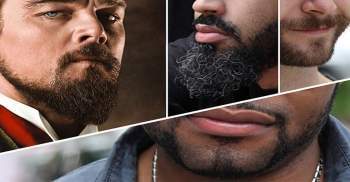 Andrew Johnson was the last straw. In December, the black New Jersey teen was given an impossible ultimatum by a white referee at his wrestling meet: either cut his locs on the spot or forfeit the match. He had 90 seconds to decide. Different beard styles and how to trim them.

There's no tangible reason locs, braids, or twists should be viewed any differently from a buzzcut or blowout, and yet people of color are continually discriminated against for wearing their hair in styles endemic to their culture. In the professional world, it's by managers' calling locs "urban" or "unkempt"—like what happened to Destiny Tompkins, who was pulled aside by her (white, female) district manager at a New York Banana Republic in 2017 for wearing box braids. Or Chastity Jones, who was let go from an Alabama insurance-claims-processing company in 2010 for wearing her hair in dreadlocks. In schools, students like Johnson are often forced to comply to Eurocentric standards or face being reprimanded for hair that's "unruly" or "distracting to others."

The video caught the attention of the chair and commissioner of the New York City Commission on Human Rights, Carmelyn P. Malalis.

"That, to me, really brings up situations in which folks who have black hair—whether it is natural black hair or a hairstyle commonly associated with black people—are treated differently than other people," she says. "Maybe somebody who was wearing long hair not in locs would be told 'put it up in a band, put it up in a ponytail,' but this kid was told he had to cut off his locs."

As a former employees' rights attorney and at her current post, Malalis has worked on a number of discrimination cases. "I can tell you that courts have bent themselves into pretzels to avoid calling hair discrimination out for what it is," she says, noting that it's a form of race discrimination, plain and simple. "They have wanted to say that these types of [grooming] policies are neutral policies, when in fact we know they disproportionally affect black people because they're imposing these Eurocentric standards of beauty."

That's when Malalis began looking into New York City's racial discrimination policies. "Following what we saw with report after report in the media of either students or employees being subjected to these racist policies, we said, 'Enough is enough.' We need to speak on this." After poring through the language in city laws carefully, Malalis and her team were able to assert that it's always been illegal to discriminate based on someone's hairstyle. In February they issued new legal enforcement guidelines under which people can take legal recourse for hair discrimination and companies can be fined up to $250,000 for violations.

But Malalis is just one woman in a chain of trailblazers to raise her voice and say "Not today." Two months before she issued the new hair discrimination guidelines in New York City, California state senator Holly Mitchell (D-Los Angeles) and Esi Eggleston Bracey, EVP and COO of beauty and personal care at Unilever, had met at the National Black Caucus of State Legislators' Annual Legislative Conference in Washington, D.C., a five-day conference in which 600 black legislators from state houses across the country convened to talk policy. Eggleston Bracey was there to give a keynote on hair bias in the workplace.

"As a black woman who's worn my hair natural since 1995, I've understood how important hair and hair texture is for women, especially the issues we've had surrounding our hair," says Eggleston Bracey. That's also why she felt a corporate responsibility to expand on [Unilever brand] Dove's commitment to real beauty and diversity. "I was looking out around the room, and I was looking at how diverse the legislative officials were; how many of our black legislative officials had textured hair. And it occurred to me, 'Wow, with this critical mass, we can change this.'" Her plea to those legislators? Find a resolution to hair discrimination.

Eggleston Bracey's speech cut right to Mitchell's core. "It's personal for me from many perspectives," the senator tells Glamour. Growing up, she wore braids with decorative beads through high school—a style that helped solidify her sense of self. She now wears locs. "Fast-forward several years, to having my son in high school. He wore twists to school on the first day of his junior year, then came home that evening and made the decision to take them out, because he wasn't comfortable with bullies," she says, adding, "I graduated from high school in 1982 in Riverside [California], which wasn't a bastion of progressive politics. At no point was my wearing braids to school every day an issue. I thought, How did we go backward?"

Mitchell flagged down Eggleston Bracey as soon as she got off the podium.

"I followed her out of the breakfast, grabbed her staff member, gave them my card, and said, 'Here I am, a state senator in California, the fifth-largest economy in the world. A progressive, important state legislature, and I'm loc'd. I think it would make sense that I carry the bill,'" Mitchell recalls. It's a crucial example of just how vital representation in our boardrooms and our legislation truly is—in few other scenarios could two people with the power to make change not only empathize but honestly understand why the need for protection against hair discrimination is so imperative.

From there, the two went to work, recruiting the help of a handful of activist organizations to cofound the CROWN (Creating a Respectful and Open World for Natural Hair) Coalition. While Mitchell began drafting language for the bill, Eggleston Bracey led Dove's CROWN Research Study, in which the brand surveyed 2,000 women ages 25 to 64 who worked in office settings to uncover just how societal norms and corporate grooming policies unfairly impact black women in the workplace. The results, depending on your own awareness, were either not.

"What the study showed is how pronounced and prevalent the issue around hair is," says Eggleston Bracey. "Eighty percent of women reported that they've changed their hair from its natural state to fit in a corporate environment. That's four out of five black women in the study. I knew it would be an issue, but to see how broad-scale and pervasive it was [was surprising]." Another stat that was widely reported from the survey? Black women were 50 percent more likely to have reported having been sent home or knowing of a black woman being sent home from the workplace because of her hair.

But even within the Army, locs' being considered "in regulation" is relatively new. They've only been allowed since 2017. And—big surprise—it took a black woman to change that.

"The catalyst started in March 2014," says Captain Whennah Andrews, who tells Glamour that the Army issued an update to uniform policy, and buried within was an in-depth section on grooming: "The Army made a decision to ban two-strand twists and locs." The policy also issued more restrictive size requirements for braids and cornrows. "A lot of people may not be aware, but afro-texture hair is very sensitive," says Andrews. "Restricting braid sizes to something that's very tiny can put unnecessary tension on your hair and scalp and cause health issues down the road, such as traction alopecia. A lot of African-Americans, female soldiers in particular, were very concerned."

Andrews began discussing the issue with other servicewomen and digging into regulations for other branches of the military. She quickly learned the Coast Guard actually allowed locs in its regulation. "I called their Diversity and Inclusion Office and asked how their locs rule came about?" Andrews says. "They told me a female officer, Kimberly Young-McLear, had given a presentation about how to include locs in their regulations." Naturally, Andrews reached out to Young-McLear, who told her she needed to put together a really compelling visual, like a PowerPoint, to illustrate to the importance of more inclusive hair regulations. Like, for example, the fact that women with locs would actually need to spend less time on their hair to get it into regulation than women who wore theirs natural.

"Me being a millennial, I'm a big YouTuber," says Andrews. "I came across a natural hair educational page called GreenBeauty, where she fuses scientific information through brilliant animation, and reached out to her. My idea was to put together an educational video that I could present to the uniform board." Andrews then set to work on a concept, and once the video was done, went to her senior leadership for permission to bring it to the Pentagon. She got their full support.

In 2016 she received a letter from the uniform board. Initially they were going to allow locs as a religious accommodation, but after seeing her video—and learning about the many pros of and misconceptions around natural hair—they decided to expand the regulation to include locs and slightly thicker braids. The change went into effect in March 2017.

So despite all the positive strides forward, there's still much work to be done. Forty-eight states still don't have laws protecting students and employees from hair discrimination. And the way Eggleston Bracey sees it, corporations also carry a responsibility to teach their employees and managers about hair discrimination. "Once you have legal rights, you need to be aware that's a legal right," she says. "And then we need to educate, so we can change the culture. Just because the law has changed, doesn't mean the culture of discrimination will necessarily change." In order to do that, she stresses the importance of unconscious bias training—that way, employees will understand how hair bias shows up and what they can do to prevent (or flag) it.

Until then, you can rest assured these women, among other women, are out there fighting for equal treatment. They won't stop until it happens.

This year has made one thing clear: Women are showing up, stepping up, and taking what they deserve. From politics to pop culture, women aren't just leveling the playing field—they're owning it. As we ramp up to our annual Women of the Year summit, we will be highlighting women across industries who do the work every day. Whether it's the CEO of a multinational retail corporation, a James Beard Award–winning chef, or the World Cup champions, here are the women you need to know right now. We've already celebrated the women in sports. Up now: 12 women who are making their mark in the world of beauty, where entrepreneurs, artists, influencers, and legislators are fighting to make the beauty industry—and our culture at large—a more inclusive, truly beautiful place.

There are no comments for this post "Employers Have Policed Black Hair for Decades. These Women Have Had Enough, Glamour". Be the first to comment...