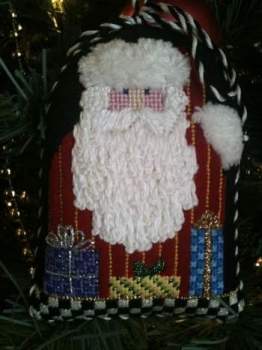 Just like fingerprints, even beard styles can be unique and every man can have a distinctive style of beard that can even become his identity. There was a time in history when beard was a symbol of manhood and was worn by all men to signify their characteristic traits of toughness and manliness. But now, beards are more of a fashion statement and have mostly nothing to do with physical strength. Obviously, with beards becoming a fashion statement, there are now various types of beards that men can experiment with. Changing the style of your beard is the easiest way to get a manly makeover. But it is important to realize the fact that every beard is a style statement on its own and suits certain types of faces only. So whether you want to grow your beard long or crop it short, there is a style available to suit all your needs and styles. Here is a look at some of the famous types of beards. Various types of beard. Different beard designs.

This style is characterized by facial hair that covers most parts of your face like upper lip, chin, sides and sideburns. You can style it according to your wish and grow it long or keep it trimmed and neat.

This is a style which is characterized with minimum facial hair, just covering your chin. A petite goatee gets its name and inspiration from the hair growth commonly seen on male goats; it is just a small bush of hair on the chin area. You can try to style your side burns in different fashions also to suit your goatee.

A very popular style sported by men in their 30’s is the Hollywoodian. This is also known as ‘the Brett’. This style is an off shoot from full beard but, unlike the full beard, this one has no connection between the beard and the sideburns. The beard is grown only on the lower part of the chin and jaw area. It gets its name from the fact that many Hollywood movies’ tough guys can be seen sporting this style.

One of the most popular styles of beard worn by men of all ages is the French beard. Some middle aged men, style this beard with their salt and pepper look while others keep it either completely black or white, depending on their age. There are many types of French beards like the French Pirate, the Royale and the Imperial. If you want to sport a French beard but do not want it to be very dark, then you can try the ‘Soul Patch’. Also called the Mouche, the soul patch is a very lighter version of the French beard with little hair under chin and the usual beard stubble.

This full beard style has tapering ends. To cut your full beard into ducktail, just use a trimmer to trim excess hair from the sideburns till your jawline and up to your chin, and style the beard below the chin to a pointy shape; the result should look like the John Travolta look of the 70s.

This stylish beard gives a man a very rugged, out of bed look. For some lazy yet stylish men, the ‘Five O’clock Shadow’ is the easiest to grow and style. Just trim your beard so that you have tiny facial hair giving an impression that a well-shaped and groomed beard is growing.

Popularized by the famous Klingon characters from Star trek, this beard is a very unique style that not many men can pull off. To style your beard the Klingon way, grow a full beard and trim it to be neat. Now shave off your upper lip moustache without tinkering with the connection between the beard and the mustache. This, slightly weird and totally cool beard, is a definite eye-turner when worn the right way.

The Insecto is a rather strange style of beard, with two small pieces of hair grown under the chin that look like an insect’s mandibles. Considered funky by the hard rock worshippers, this style is swiftly finding its way on the faces of many teenaged and 20-something males.

Your beard is also a patch of hair. So just like your head hair, it is important to clean and maintain your beard also. Make sure you use a mild shampoo to avoid dust and dandruff from collecting on your beard as it may lead to skin and other health problems. Also, grooming your beard requires a beard trimmer, scissors, razor and a comb. Always keep your grooming and shaving kit clean and avoid sharing it.

There are no comments for this post "Different beard designs. Different Types Of Beards ➢➢➢ Beard styles". Be the first to comment...