How to shave beard. The Best Bearded Wrestlers in the World... in WWE, LA Roots Beard Oil 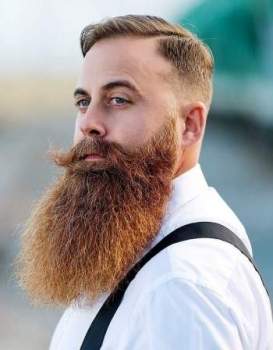 As it becomes more popular to grow a beard, we’re seeing some seriously epic facial hair styles take over our favorite mediums. Perhaps this is no more the case than in the WWE ring. This season, we’re excited to see lots of our favorite wrestles rocking truly iconic beards that capture their personas perfectly. And, we’ve got to admit that we’re a bit envious of some of them.

While the WWE boasts a lot of excellent beards at the moment, only five wrestlers made our list. Read below to find out if your favorite superstar made the cut. And, in addition to listing the best beards in the WWE, we’ll give you some tips so that you can emulate their styles.

Otherworldly Bray Wyatt only furthered his fame and recognizability when he grew out a ridiculously long and mildly intimidating beard to enhance his persona as the king of the supernatural world. When he’s not performing his pagan rituals on his opponents, he’s likely admiring the astonishing length that he’s managed to achieve. And, Wyatt doesn’t seem to care too much about making his beard look nice either, as his facial hair is appropriately messy given his unique character.

What’s great about Wyatt’s epic beard is that it’s very easy to replicate. That’s because it literally requires nothing other than letting it grow. Now, of course, we’re going to recommend that you use a beard oil each day in order to prevent split ends.

Braun Strowman’s lusciously thick and full beard reminds us of WWE superstars of the old days. It’s perfectly fitting considering the fact that Strowman’s persona gives us retro villain vibes. His unapologetic attitude in the ring is perfectly complemented by his bold personal style. And, we love the fact that his beard looks incredibly healthy and neat as well.

Strowman has naturally thick facial hair, so if you want to copy the look but your hair is on the thin side, consider plumping those strands with a thickening beard balm. Then, be patient and let it grow for a few months in order to achieve that length and fullness. Once it’s reached the desired length, trim it and shape it in order to give it a wide, round silhouette.

Elias’ has one of the most luxurious beards that we’ve ever seen in the ring. His beautifully sleek and glossy facial hair captures the more sensitive side of his persona. And, that fullness has got plenty of fans feeling extremely envious.

Growing a beard like Elias’ takes some effort in order to achieve that extremely healthy, silky look. Give it about two months to reach the desired length. Then, trim it weekly so that it looks nice and neat. Most importantly, use a high-quality beard oil once each day to gloss every strand. This will give your beard a shiny and sleek appearance.

As Roman Reigns’ persona has evolved, so has his personal style, and that is best reflected in his facial hair. These days, he’s got a very neat and trimmed beard that completely complements his slicked back, sleek hair. Reigns is known for the duality of his personality, and this facial hair look is the perfect medium between his two sides.

To grow a beard like his, allow your facial hair to be nice and full before trimming it weekly to maintain its shape. Keep the sides shaved and use a beard balm to thicken it in the middle.

Daniel Bryan’s facial hair definitely captures the extremely aggressive and relatively fearful side of his persona. His beard is unapologetically messy, and we love him for it.

Want to steal the look? It’s all about letting it grow and grow. Then, once it’s reached the right length, trim and shape it into a nice oblong style.

These Five WWE Superstars Have Amazing Beards, And So Can You!

There are no comments for this post "The Best Bearded Wrestlers in the World... in WWE, LA Roots Beard Oil". Be the first to comment...