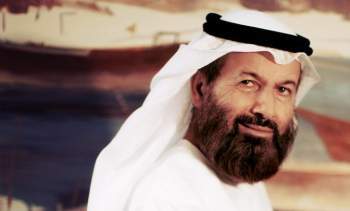 Shave, couple of minutes in the shower with any soap available, a liberal spray of deodorant and sometimes a dollop of cream -- from mother, sister or wife's cabinet – for the face. For the longest time, men's grooming was as simple as the shave-shower-deo-and-you-are-done-in-10-minutes-routine. But then came the metrosexual man and the male getting ready syndrome got a makeover for the urban man hoping to look urbane.

It began to change, slowly at first and then ever so rapidly to include fairness treatments, manicures and pedicures, waxing, elaborate facials and leisurely spa treatments. According to a recent study by London-based research agency Mintel, the average Indian man spends 16 minutes grooming his body, 14 minutes on hair and 12 minutes on face, totalling 42 minutes every day. For men in India's metros, it is a good 61 minutes, they noted.

A 2018 report by industry lobby Assocham estimated that the male grooming industry stands at Rs 16,800 crore in India and is likely to touch Rs 35,000 crore by 2021. Smelling the scent of 'masculine success', a slew of companies such as The Man Company, Beardo, Beauty Source and Plum & Phy have come up, offering men the best of products to avoid a bad hair day and more.

Modest soap bars and ordinary looking razors have given way to shower gels and fancily packed 'beard starter kits'. The grooming industry has got men covered from head to toe with an exclusive men's-only range, from hair and mooch wax to foot creams and balms. "Earlier, not men, but their wives bought grooming products for them. Hence, there was no loyality for any product. Now the shyness associated with grooming products among men is going away," Hitesh Dhingra, MD and co-founder, The Man Company, told PTI.

"Today, they don't see it as a 'ladki wali cheez' and are buying everything, be it activated-charcoal soaps, skin-care, shaving products and what not," added Dhingra, whose company has a range of over 60 men's only products. In his opinion, beard grooming products proved to be the game changer, at least for his company.

The Man Company's fortunes changed after it introduced its range of beard grooming products. "After we launched our beard grooming range in 2016, we saw a sudden increase in the clicks on our website... from 10 lakhs a month it jumped to 40 lakhs a month," Dhingra said, scratching his designer stubble.

The fact that Indian cricket captain Virat Kohli and many Bollywood actors sported a beard or that barely there stubble proved to be trend setting, he added. Salons, too, acknowledged that men are willing to "experiment with different beard styles" as opposed to the earlier preferred clean-cut look.

"We have had a growth in male footfalls from 25 per cent going to 32 per cent. There is greater willingness to keep up to date with the latest hairstyles, and also with experimenting with beard styles," said Sachin Kamat, director, marketing, Enrich Salon. According to Kamat, manicures and pedicures along with other skin services are in more demand than ever before, contributing close to 17 per cent to their men's grooming business.

Sushma Rai, spa manager at The Roseate, agreed and said the luxury hotel chain's Skin Fit packages for men are hugely popular. "The modern man enjoys being groomed and pampered as seen by the increasing demand of men-specific spa treatments. Between pressure at work and the pressure to look well-groomed, young and refreshed, men are increasingly investing in skin treatments," said Rai.

It is a common misconception that men don't like to invest in their skin care or take care of how they look, added Ashutosh Valani, co-founder of Beardo that has a range of products in the market. "Due to increasing competition at the workplace, men are putting in that extra effort to look confident, sharp and powerful... which is why this segment and category has picked up in the last few years and continues to grow steadily," he explained.

According to industry experts, the market is not limited to metro cities and is rapidly penetrating into tier-two and tier-three towns as well. Industry insider Shankar Prasad, founder, Pureplay Skin Sciences (Plum & Phy), attributes the popularity of male grooming as a natural by-product of being in a "connected world".

"We see strong demand from really small towns and sometimes even villages (addresses where there are no house numbers, for example). "Initially, we were a bit surprised, but then considering that we live in a connected world today where people are exposed to global trends almost instantly, it's not that surprising," Prasad said.

Delhi-based Suraj Bhatt, who is relatively new to this newly nurtured world of men's grooming, said the reason for him jumping on the beauty bandwagon was boredom with his father's one-cream-for-everything routine. "I happened to come across the site of Vanity Wagon and just for experimental basis ordered hair wax for myself. Next, I went for scrub and now I am using close to five-six products of the same brand. My only complaint is that they are too expensive," said the 22-year-old college student.

(This story has not been edited by Devdiscourse staff and is auto-generated from a syndicated feed.)

There are no comments for this post "Male makeovers: The found art of men's grooming". Be the first to comment...