Beard trim styles. A cut above, Keizertimes, You think you know. To be sure, read Keizertimes. 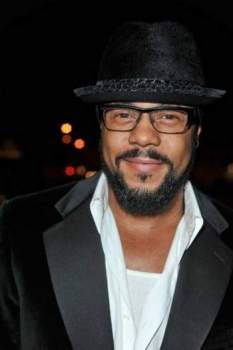 Anthony Garcia-Reyes styles the beard of a mannequin at the national SkillsUSA Workforce Development competition (Submitted). Moustache and goatee styles.

As a football player and wrestler, Anthony Garcia-Reyes has always loved competition.

But when it came to competing in something he’s incredibly passionate about, Garcia-Reyes wasn’t in the athletic arena.

Garcia-Reyes, who will be a senior at McNary this fall, has developed a passion for barbering over the last few years, and on June 27, he took second place in barbering at the SkillsUSA Workforce Development competition in Louisville, Ky.

“When we got to the arena and they called my name as the secondary champion, it was the best feeling ever. And everyone was going nuts that came from Oregon because I was the only one to even place in one of the categories,” Garcia-Reyes said.

Garcia-Reyes first got into cutting hair as a freshman in high school, with his uncle as an influence.

“I thought this could be a money-saving thing in the future if I learned how to cut my hair and my kid’s hair,” Garcia-Reyes said. “I started cutting my uncle’s and brother’s hair. It wasn’t very good at first, so I would start simple and then work my way up and try new things.”

The more he worked at his craft, the more he began to enjoy and pursue it.

Garcia-Reyes started going to Javis Fades barbershop in downtown Salem to watch and learn. He also assisted in cleaning as well.

“He just started showing up,” said Javier Martinez, owner of Javis Fades. “He came and watched and helped cleaned up, so I just decided to offer him a job.”

Garcia-Reyes started working at Javis Fades as receptionist. He got a chance to practice on certain barbers, who would give him helpful tips.

But as his passion for barbering was continuing to flourish, his interest in school was barely existent.

During his sophomore year, Garcia-Reyes struggled with keeping his grades up and didn’t view his schooling as important. He even admitted that he was thinking about dropping out.

However, when Garcia-Reyes found out that he could pursue barbering through the Career and Technical Education Center’s cosmetology program, he began to take his education a lot more seriously.

“School wasn’t that fun for me. There were even a couple times my sophomore year where I thought about dropping out because it was so hard and I didn’t find it interesting. But when I heard about the program, it motivated me to have good grades and attendance and be on track to graduate,” Garcia-Reyes said.

Another big reason for his change in mindset was through his CTEC teacher, Darcey Hill, who encouraged Garcia-Reyes to take his skills into competition — which involves doing a multitude of different cuts and styles on mannequins.

“It’s been really exciting to see him come out of his shell,” Hill said. “Anthony has a passion for barbering and he really wants to be the best. He’s has taken full ownership of his education.”

After taking first place at the SkillsUSA state competition in February, Garcia-Reyes qualified for nationals in Louisville, where he was accompanied by Hill.

One of the big surprises to the majority of the competitors was when they were notified that they couldn’t use any clipper guards. But because of his training, Garcia-Reyes ended up being more prepared than the majority of his competition.

“(Hill) made me cut hair without guards. She was training me for that competition,” Garcia-Reyes said. “It helped be learn to be really careful and steady.”

For his first cut of the competition, Garcia-Reyes was given 90 minutes to do a inspirational cut and style. He chose to do a similar rendition to Jason Momoa’s look in the movie Aquaman.

He got 45 minutes for his second cut, which had to do with only scissors based on a picture he was given.

For the third and final haircut, Garcia-Reyes attempted to create the perfect flattop.

“I’m pretty sure that was the flattest hair I’ve ever done,” Garcia-Reyes said.

When it was announced that Garcia-Reyes had placed second, he was visibly thrilled. But his teacher was just as excited when she heard the news.

“I was overjoyed with excitement,” Hill said. “I can’t even explain how great it was.”

Even though he doesn’t have his license, Garcia-Reyes still gives free haircuts for people who set appointments through his Instagram business account (@agthebarber17). But by the end of his senior year, he will be qualified to be an officially licensed barber — upon his completion of the cosmetology program at CTEC.

“I excpect him to challenge himself this year with everything that goes into barbering and potentially running his own business one day. But mostly, I expect him to excel,” Hill said.

It’s rare for most 17-year-olds to be so confident in what they want to do for their future occupation. But Garcia-Reyes has had enough experience in the world of barbering to know how much he wants to pursue it and be the best he can possibly be.

“Barbering is pretty fun, because I can work on my own schedule and I can make as much money as I need,” Garcia-Reyes said. “It’s a job where I can talk to people. I don’t want a job where I’m just in an office all day being bored and being a zombie. In barbering, I get to stand and walk around and talk to people. I just like the feeling of making someone look good. I love seeing how happy they are and how fresh they feel when they look in the mirror, because that’s how I feel when I get a haircut. I feel good about myself, and I want to give that feeling to other people.”

Once he gets his barbering license, it appears that Garcia-Reyes won’t have any trouble finding a job.

“Anthony is very friendly and easy to get along with. I can’t wait to have him as a barber in my shop,” Martinez said.

There are no comments for this post "A cut above, Keizertimes, You think you know. To be sure, read Keizertimes.". Be the first to comment...