Style of beared. Beards in the Military - 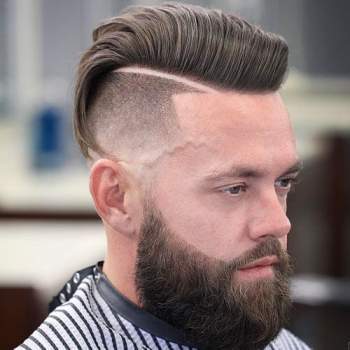 There’s no question that, for men, beards are on-trend. From long hipster beards to trimmed preppy beards, they’re everywhere. But, if you’re in the military, you’re unfortunately unable to participate in this display of fashion forwardness. Various beard styles.

Things haven’t always been this way, however, and it’s possible that beard rules could become more relaxed as time passes. Plus, there are a few exceptions to the rules of facial hair for military service members.

In this article, we’ll be going over some early provisions regarding facial hair within the Armed Forces, why so many soldiers are demanding that the rules change, and who can have facial hair and beards even while serving on active duty in the military.

Can You Have Beards in the Military?

Overall, the answer is no – you cannot have beards in the military. It’s a provision that spans all the branches of the military and it was made based on hygiene and the necessity of a tight seal for chemical weapons protective masks.

These policies were initiated in World War I and remained until 1970 when Chief of Naval Operations (CNO) Elmo Zumwalt explicitly allowed beards in the US Navy stating that:

“In the case of haircuts, sideburns, and contemporary clothing styles, my view is that we must learn to adapt to changing fashions. I will not countenance the rights or privileges of any officers or enlisted men being abrogated in any way because they choose to grow sideburns or neatly trimmed beards or mustaches or because preferences in neat clothing styles are at a variance with the taste of seniors, nor will I countenance any personnel being in any way penalized during the time that they are growing beards, mustaches, or sideburns.”

These provisions are not still held today.

The US Coast Guard, however, allowed beards until 1986 to join the rest of the military branches. As far as other kinds of facial hair, mustaches are generally still allowed so long as they’re kept neatly trimmed, except for during basic training.

Are Beards Allowed in the Military?

Recently, women in the Navy were allowed changes to their hair policies, permitting them to wear braids and larger buns than was initially required. For some men, this caused outrage because, in the face of these changes, men still weren’t allowed to wear beards.

Still, this outrage seems to be unwarranted because the female hair policy changes were out of necessity and, according to the Guardian, the calls for allowing beards is mostly aesthetic.

The policy for women’s hair in the Navy changed after six African American sailors said that the previous standards failed to account for differences in hair texture. Tight buns were impossible for African American women to maintain without harmful chemical treatments or wigs.

The Navy understood these concerns and made the changes. Still, there are various petitions and social media movements that are calling for a change in the male facial hair provisions. Nothing has been changed as of yet.

Who in the Military Can Grow Beards?

Since most facial hair is prohibited in all branches of the military, is there anyone who can grow a beard while serving in the Armed Forces? The answer is yes, but only under specific circumstances.

In 2010, the US Army granted waivers to grow a beard as a religious exception to the rule. Granted to several Sikh soldiers and one Muslim soldier, these waivers allowed them to grow beards as well as allowing them to wear “unshorn” hair beneath a turban.

Also in 2010, a Jewish rabbi filed a lawsuit against the US Army in hopes of permission to serve as a chaplain while maintaining a beard for religious purposes since another Jewish chaplain, Colonel Jacob Goldstein, had been serving as such since 1977 with a beard.

Eventually, in 2014, the US military expanded its policies on religious accommodation that allowed all officers and enlisted service members to request a waiver that would permit them to wear facial hair and articles of clothing for religious purposes.

As you can see, you won’t be able to obtain a waiver for growing a beard in the military unless you’re wearing one for religious reasons. It seems like this rule is for your safety, but many, like Colonel Zumwalt, insist that adapting with the latest fashion is important for military service members too.

With war and military action changing so much since World War I, when beard limitations first began, it’s possible that beards will eventually be allowed in the military, but we’re not there quite yet.