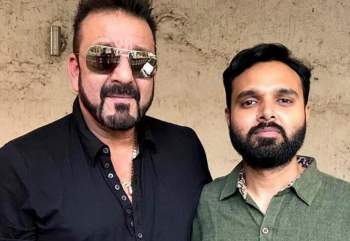 A French Beard, (also known as a French cut beard or a goatee) is a beard which just surrounds the mouth. It normally extends to the apex of the chin. Although there can be a little bit of facial hair in the other areas of the face, the French cut area should be the most prominent zone. Guys look really cool with this style of beard. New dadi style.

How to Grow A French Beard

It is really easy to grow a French beard. Start growing your facial hair in the same way that you would grow it if you were trying to produce a full beard. Once your beard has started to grow, you will have to use a razor to carefully shave the other areas of your face. Clean shave your cheeks and jawline so that they are free of hair. Only leave the section that surrounds your mouth. Continue to keep the rest of your facial hair trimmed.

Look at the below french beard styles to get some ideas for your next beard style. If you want to color your beard, try these blonde beard styles.

A French beard style can be used to give your face a real angular style. Fill in the outline of the French cut for a real burst of intensity.

Enhance an amazing French cut beard by joining it up with your sideburns using a chinstrap beard. This shows off a strong and masculine jawline.

A French beard does not always have to stand alone, as long as it is a distinctive part of the style. Grow the section around your mouth so that it is longer and fuller than the rest of your style.

A heavy and tight beard creates a really intense look for guys. Keeping the look nice and tight helps to show off the bone structure of the face.

A goatee beard looks great on guys who are starting to go gray. The salt and pepper look is often considered to be a very refined one, especially with a well-kept French beard.

If your French beard style has a slight disconnect between the lower portion and the upper portion, it may be called an anchor beard instead. This is reflective of the anchor shape of the cut.

Celebrities like Will Smith always look stylish with a French beard. A thin style helps to create a sharp and refined look for fashionable guys.

This look is great for guys who have an artistic flair. A thin and wispy style can be grown into a thick and full beard as well.

Watch the below video to get an idea how french beard styles are done:

Try out a stylish new look by growing your facial hair into a French beard style. This look is very popular for guys who want to emulate celebrity style.

There are no comments for this post "French Beard: How to Grow 15 Trendy Styles". Be the first to comment...