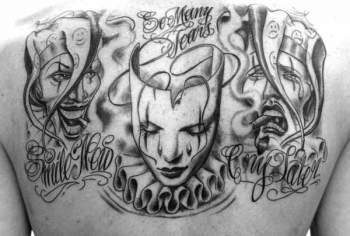 Makirt Aulakh Hairstyle Collection and Haircuts Trends. Do you like Manikart Aulakh? Here are the Hairstyles of Punjabi singer mankirt aulakh and Beards too. New dadi style.

Mankirt Aulakh is a Famous punjabi singer and also very much famous for his Bhangra songs. Hs Songs are massive hits like BADNAM, VYAH, Jugaadi Jatt, Jatt Da Blood, Rumal and many more

And Not only his songs are famous but his Hairstyles are also followed by his Fans. we have seen many boys who tried white Blonde hairstyles after The Song BADNAM. This Hairstyle was very Mush popular in young Boys and They loved his Style and The Song.

So Now Lets Talk About His Hairstyles –

This is The Pic from the latest Concert of manikrt Aulakh. He is a Fashion updated man and we can see He is BOLD.He loves Tattoos. Just look at his hairstyle This one is messy and yes When you perform on Stage your Hairs Become Messy

Beard design for round face

Now look at this Picture it’s Completely different from the pic we Shared above. Mankirt is a handsome Hunk and There is no Doubt in that.

Coming on this Style – Its a simple style and Suits on him Because His Face Shape is good. The simple Hairstyles makes you More Gentle and Explain Shows your Attitude.

Again The Simple Hairstyle look of Mankirt Aulakh. There is no need to talk about the hairstyles. If you Like His Beards Then you Can see The Detailed Picture of mankirt Aulakh Beard Style.

So Many of you haven’t seen this Picture of Mankirt. This is His old Hairstyle. And Those who says He is not handsome and attractive just look at this picture.

How Dashing He is looking in This one And you know Which song is This Yes it is From Jugadi jatt Directed by parmish Verma.

Again This is a Short Messy Haircut of Mankirt Aulakh.

The Combination of his Hairstyle with his Beards looks Really Cool and Stunning.

See it again if you are young and a School going or College going Student you can try this hairstyle. You will look more Funky Just Like mankirt looks in Picture.

So Here is One More Pic of Punjabi Munda Mankirt

You can Style These Hairstyles with any Dress and for any Special Function.

Hope You Guys Liked The Pictures We Shared For Mankirt Aulakh Hairstyles, mankirt Aulakh Beards. we will keep you updated with more latest styles

There are no comments for this post "Mankirt Aulakh Hairstyle And Beards Famous Punjabi Singer". Be the first to comment...