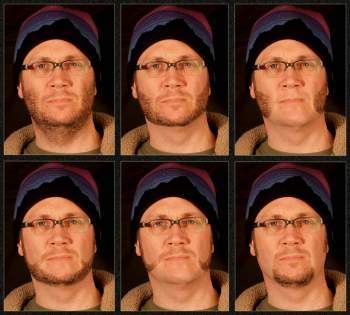 When I first played Soulcalibur VI, nothing confused me more than its character creation mode. Beard options.

It’s a mode filled with powerful character creation tools the likes of which we haven’t seen before in Soulcalibur or any other video game franchise. However, it is simultaneously one of the weirdest character creation systems I have ever seen, omitting certain options for seemingly no reason. Even after I wrote the review and played plenty more SC6, I still find myself wracking my brain to figure out why the design team made the seemingly arbitrary decisions they did.

Let’s start with the races. SC6 allows you to create a variety of characters in a variety of races. You can be a human, elf, furry, orc, angel, devil, lizard, mummy, skeleton, robot, slime, golem, purple guy, and three degrees of “malfested.” Granted these races aren’t called the same thing. For example, the Soulcalibur Orc is called a Malefic, but he’s big and green and muscly and has pointy ears and tusks… he’s an orc.

It would be very easy to just get on a political soap box and talk about the underrepresentation of women in games, especially because there is not a single female exclusive race to be found. However, this situation is just so much… weirder than that.

At first I thought that Bandai Namco only wanted to let females be races that could be sexy(or Soulcalibur’s weird version of “sexy”), which would explain why we can’t make female Orcs or Lizards. But then why can you make a female skeleton? I’m not even sure I’d be able to tell the difference between female and male skeletons.

The purple guys, sorry, Darksiders, are literally just a re-skin of the normal human model with red eyes and purple skin. Why on earth couldn’t they just re-skin the female model the same way? I’m sure some Tolkien nerd out there is going to come at me with “but in the Lord of the Rings universe all Orcs are by definition male,” and someone else might note that you wouldn’t be able to tell the difference between male and female lizard anatomy for the Lizardman species. Fair enough, but then why do we also only get male voice lines for these characters? It would take almost no effort to just allow them to use female voice lines too.

And then there’s the Malfested, the warriors that are corrupted by the Soul Edge. Once again, the final level of Malfested corruption is just a re-skin of the basic human model. Why couldn’t we also get a female one?

It’s a very bizarre choice, and one that was obviously intentional, though I can’t for the life of me figure out why.

Let’s talk about some deeper options. One of my co-workers requested “Oompa Loompa Gimli” as a character, and I remember I made something similar in Soulcalibur III. So I decided to make a character with the bushiest beard possible and…

It doesn’t exist! The most hair you can have is a small layer of fuzz. This is the beardiest beard you can have and frankly, I have more facial hair than that after forgetting to shave for a day. So, that leaves us with one beard option, but twenty four different styles of eyebrows to choose from. What?

Then there’s the clothing. Soulcalibur VI was cool enough to let women wear men’s clothing and men wear women’s clothing… most of the time. Except there are a few exceptions that seem totally random. For example, only men can wear Kilik’s Destiny Monk Robe. In fact, only men can wear most of the pants in the game. For that matter, many of the fantasy races can’t wear certain types of pants either.… why!?

I’d love to go on a self-righteous rant here, but I’m not sure I’m angry, more confused. What about these particular models of clothing makes them unable to be used on certain races and genders? I can’t tell if Bandai Namco was trying to follow some sort of aesthetic sense, or was just trying to save on work and labor. However, every time I think they were trying to push some kind of unified visual narrative, I wonder why I am able to create an underwear ninja with a horse head. Similarly, if they’re trying to save on work, I have no idea why we got a million male reskins but not similar female reskins.

It’s a bizarre mystery. It doesn’t make sense that these strange choices were motivated by a political or technical reason. I just can’t rationalize these design decisions, and every time I go to make a character I’m upset that I can’t make Oompa Loompa Gimli or, as another co-worker put it, “Tony Danza, methed out, with a kitchen knife.”

I’m stuck to making the same old burly muscle men and sexy demon chicks, over and over again. Could be worse I suppose, but I’d love to understand why these choices were made, as it probably has a compelling story behind it.

There are no comments for this post "The curious case of Soulcalibur VI’s character creation mode, GameCrate". Be the first to comment...