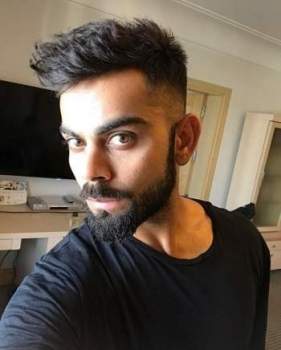 Going to the salon may be relaxing for some, but for women of color the hairstyle they choose can mean the difference between getting a job or not. New hair style and beard style.

That’s why Assemblywoman Angela McKnight is sponsoring a bill that would add hair traits historically associated with race — including texture, type and protective hairstyles such as braids and twists — to the state law banning certain forms of discrimination.

“What this bill is going to do is,” the Jersey City Democrat said, “it’s going to make sure that black women or black men can wear their hair how they want to wear their hair. So when they go for that interview, when they go to play sports, they don’t have to worry about ‘will someone tell me that I need to do something to my hair.’”

This year, Dove surveyed 2,000 American women between ages 25 and 64 — 1,000 black, and 1,000 white. The survey found that 80 percent of black women who responded agreed with this statement: “I have to change my hair from its natural state to fit in at the office.”

McKnight said the bill was inspired by 16-year-old Andrew Johnson, the black high school wrestler from New Jersey who was forced to cut his dreadlocks or forfeit the match. According to the referee, Johnson’s hair and headgear were not in compliance with league regulations.

“You should not be forced to wear a wig, to wear a weave, to straighten your hair, to blow out your hair,” she said.

Federal law offers protection to those who have afros, but it does not protect those wearing locs (which is replacing the term “dreadlocks”), braids, twists, and other hairstyles often worn by black people. Under the proposed bill, those styles would be protected.

According to Rutgers professor Dr. Patricia O’Brien-Richardson, hair discrimination can have a deeper impact on children who may learn at a younger age that their natural hair is unacceptable.

“Their hair is what it is,” she said. “So now to change their hair to be able to be accepted in society, even for young people who are in school, it is harassment.”

O’Brien-Richardson said hair discrimination is not limited to women.

“Why is it acceptable when you walk into Times Square and you see a huge billboard for jeans or cologne and you have a Caucasian male and he’s wearing a full beard and that’s completely acceptable?” she said. “But why then if a beard worn on someone who is Muslim with a name that is a Muslim-sounding name, or someone who is African or African American, why is that person then maybe stopped at an airport, questioned as they come through customs?”

McKnight said the bill was introduced a little over a month ago. She said she is looking forward to seeing it move through the legislative process. Her goal is to get the bill signed into law by the end of the year.

There are no comments for this post "Banning Discrimination Based on Hairstyles Associated with Race, NJ Spotlight". Be the first to comment...