Different beard cuts. Harry Styles Finally Grew A Beard — You Have To See It 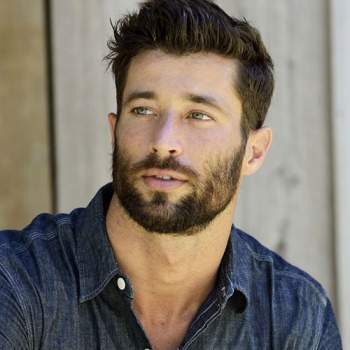 More than the Gucci suits, the manicured nails, the heeled boots, and yes, even more than his uncanny resemblance to Mick Jagger, Harry Styles fans have a lot of feelings about his hair. (Remember the uproar after he dared to cut off his shaggy lengths for his character in Dunkirk?) But today, it's not a new haircut we're talking about, or what kind of gel his groomer uses to make it all happen. No — this is about his facial hair, and the fact that the baby-faced former One Direction frontman might finally have some.

This isn't the first time that Styles' facial hair — or, more accurately, his lack thereof — has been a hot topic of conversation. Back in May, The Late Late Show host James Corden teased Styles on air for his "baby" skin and smooth, hairless face, concluding that the genetic gift of good hair did not apply to his beard growth. But now, it looks like the "Kiwi" singer defied the odds: Paparazzi caught Styles leaving a restaurant last night rocking a beard... or parts of one, at least.

Compared to some of the burliest beards in Hollywood — Kit Harington, Jake Gyllenhaal, and Jason Momoa, to name a few — Styles' look is just one step up from clean-shaven. But the proof is in the photographic evidence, which shows that he's ditched the razor altogether and is doing his best to let some (that's the operative word) of his facial hair grown in. There's even a trace of a moustache!

The jury is still out on whether or not this subtle stubble situation will stick around for the Oscars. But if this is the year that Harry Styles can, by association, be nominated for an Academy Award, then this could very well be the year he manages to grow a beard, too. Stranger things have happened...

There are no comments for this post "Harry Styles Finally Grew A Beard — You Have To See It". Be the first to comment...