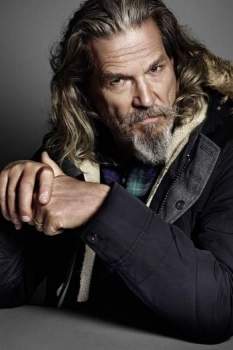 If Napoleon had a beard, this blog would have been in French! Famous beard styles.

Men must have experimented with facial hair from the very moment they accidentally came across their own reflection while drinking water from the river. From the disheveled Socratic look which came to “letting it grow the way it wished” to the exotic precision of Van dykes in renaissance Europe – facial hair fashion had a chequered (or should we say salt & pepper!) past.

There have been a famous few who have lent their names to beards and mustaches, while for some, their facial hair had been their iconic feature. Let’s take a look at some of these styles which literally shows your personality “on your face”

Named after the famous Dutch painter Anthon Van Dyke, this is probably historically one of the most well-known beard types. It comprises a short pointy beard and a pointed mustache. Thanks to the English aristocrats who would wear it – this had widespread success in the 17

century, and then it wanted – only to make a comeback in the late 19

century. Lenin made it a celebrated style among many left revolutionaries. Col. Sanders of KFC would sport this. Off late Johnny Depp and Christian Bale have occasionally sported this look.

The history of this one is that of misplaced pride and war. Named after Italian fascist and air force chief Italo Balbo. Preferred by the early 19th-century European military cadets. It’s a kind of Van Dyke that needs trimming or a goatee and a mustache which are not connected. This style needs whiskers to be completely trimmed.

Goes well with round faces and only for those whose growth under the chin is heavy.

This is the style that you commonly see among the villains in martial arts movies. This one is very aptly named after a fictional villain Dr. Fu Manchu who was an archetype of evil genius or mad scientist – created by Sax Rohmer.

We can’t think of anybody famous sporting a Fu Manchu in real life – though you can always try it out to tip off your friends and folks off their balance!

The iconic style that you can associate with Abraham Lincoln – this one needs the hair to grow completely over the jaw and chin, but with the mustache been shaved off. This was quite a rage among the progressives and flower children of the ’60s and ’70s.

Good for a long hollow face.

How to cut beard styles

Named after the iconic rock-star Frank Zappa, this style requires a full mustache that drops like a waterfall on the edges. You have to complete the effect by a thick soul patch on your chin. The style should be kept rugged and casual and not very neatly trimmed

It’s for those who have strong mustache growth and those who can keep it clean and hygienic while eating!

While this one cannot be technically termed as a beard – but given its quirkiness, we couldn’t but talk about it. Named after the great surrealist painter Salvador Dali – this style is a challenge to the rest of the world to take you at your “Face Value”.

This one needs your mustache to be thin and their long tips to bend upwards as if defying gravity. The rest of your face is normally cleanly shaven.

Anyone who has the guts to carry it off can wear it!

What’s most important for all the above styles is that you would need regular grooming and maintenance. Using natural products for personal grooming can keep your facial hair and the skin underneath healthy – especially in areas around your lips which are most susceptible to rashes. You can find some good products online.

You will have more periodic updates specifically on beard and hairstyle and in general on other topics of men’s grooming.

You can find and contribute your comments on some other interesting musings and information on various topics like 5 Tips On Pregnancy Dresses and many more.

There are no comments for this post "Beard Styles Named After Famous People, Facial Hair Styles". Be the first to comment...