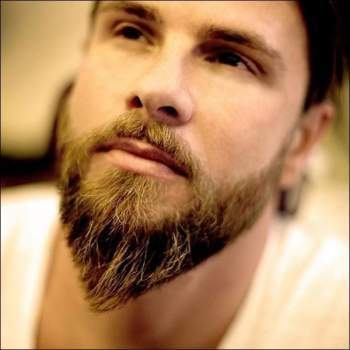 I won’t lie, I’ve just finished another season of Vikings and each time I see an episode I get a little closer to growing the beard and wielding an axe (well, minus the axe part). Travis Fimmel is the epitome of legend in the History channel television series, but he is far from the only character that highlights the incredible beards of these beastly characters of history. Shaping a long beard.

Originating from Scandinavian countries, such as Norway, Sweden and Denmark, between approximately 800-1066AD, the beards were a common trait associated with the Vikings, however some of the depictions from the series are slightly far off the reality, as I’ll detail below.

While the series shows all the men as giants with wild hair and beards, often appearing muddy and dirty, the evidence largely highlights this to be a misconception.

For a start, they were believed to be shorter than the average person from this time and age, as well as geographical location, due to the poor nutritional diet.

Beyond this, they were believed to be very proud of their styling and kept themselves well groomed. They did have long beards, but they were controlled and often had braids when going to battle to prevent them from getting in the way.

It is believed they would regularly use toothpicks, combs and tweezers to keep them looking clean and pristine. The argument is they were a lot more polished up than the British, which makes us now look a little silly.

How To Grow A Viking Beard

There is no hiding from the fact you will need time and patience on your side. We have written a comprehensive guide on how to grow a beard, detailing everything from controlling the ‘itchy period’ to which tools you may need.

At the end of the day, you will need to do some research into the different styles, as they can vary quite drastically. For example, the Ragnar Lothbrok beard is relatively well maintained (avoiding the latter seasons), with a trimmed neck and cheekline. The most distinctive aspect is that the beard trails off and fades into the shaved side of the head.

The full length square – this is the grown out beard, often with braids created, while it does have a trimmed cheekline, plus it meets a shaved side of the head, meaning you will have to adapt your hairstyle as well. The beard is very much a square shape, cut at equal lengths.

Ragnar Lothbrok – While this is his well-known cut, he actually had several different styles throughout the TV series, but the first season showed him to have a relatively short beard, matched with long hair going down his back, tied into a braid. This style was optimal for battle, so proved popular for many.

Bare Look – Most people that try for a Viking bearded look will go down this path. It involves having longer hair on the top of the head and shaved sides, while the beard is largely trimmed on the cheeks, but with around 2-3 inches on the chin, lead on from thick side burns.

The V-Taper – if you’ve spent a lot of time in the gym then you will have heard the term v-taper, which is the V shape of wider lats and shoulders with a small waist, highlighting they are in peak physical shape. Well the V shape is popular with the Viking look as well, as the sides are kept medium length, but the area on the chin directly below the mouth is grown extensively, obviously creating a bite of a V shape.

Pony-tail Beard – Unfortunately this one has been adopted by a large number of people in the UK and seems to have lost its appearance of power, now looking like someone trying to keep up with the latest trend. But the look certainly can offer a scare factor when applied to a wild invader, as the beard is held into a ponytail on the chin.

Braids – Once you have got your beard to a certain length, you can experiment with a few different types of braids. You could opt for the single braid on the chin, which is an OK look, but a much greater version is the double braid on the chin, directly below each side of the mouth.

Full Length – I tip my hat to anyone who gives this option a go. It can get bits of food caught in it, you will get a few looks in your direction, but stand with pride and if they keep looking then let out a true Viking yell in their face, problem solved! This is the hardest one to maintain, while many go as far as the waistline!

The Viking diet was far from healthy, hence why they didn’t actually grow to the height mirrored in the TV series. However one thing that should be stated was that they ate a lot of oily fish, consuming plenty of omega 3, which is known to help with beard growth. If you’re going to go for the Viking look, why not try a bit of a Viking diet and add fish into your menu 2-3 times per week.

While the stereotype plays that the Viking beard is long and full, it isn’t always, so don’t feel obligated to grow the most intense beard possible. Length doesn’t equal results here, look no further than Ragnar or Rollo for inspiration.

There are no comments for this post "Viking Beard: How To Grow A Fierce Ragnar Lothbrok Beard". Be the first to comment...