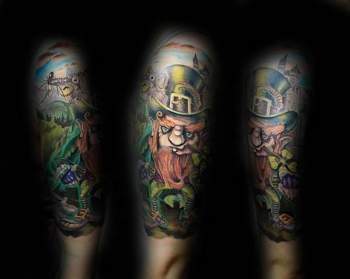 Tom Hardy has always been familiar with all the ways a man needs to dress and behave, even since his modeling days. Today, he became a pop icon and is one of the most sought after actors on the Hollywood market. During all of this, he still managed to maintain a unique style and work on his beard with each opportunity he gets. Beard styles 2016. Unique beard designs.

We’ve created a detailed analysis of all Tom Hardy Beard Styles Over the Years, but it’s never enough to have one or two additional pictures from the actor’s renown beard shape.

You will be surprised by how many different styles Tom Hardy has tried over the years and you will be impressed by how good each one of them looks in front of the camera objective.

Here you can see Hardy with a thick full beard and a untamed mustache combination, which looks ungroomed to the naked eye, but you will be surprised to learn how much dedication you need to achieve the style. It’s probably a common beard look nowadays yet we all forget how controversial this could be only couple of years back. Beards are in full swing and Hollywood knows this, so we can only applaud actors like Tom that try to bring the whole bearded style to another level.

He looks a lot like Travis Fimmel from his Ragnar Lothbrok days here. It’s just that wild look in his eyes that makes him a truly unique talent that can play both the rugged silent type and the charismatic know it all that can dominate the room as he showed in the 2015 crime drama Legend where he played both of the Kray twins.

Short haircuts look great with a massive beard, but Hardy shows us how you can have a polite looking haircut combined with a trimmed beard and still look nicer than a men without beard. Still, if you plan to have some weak patchy beard you won’t look after just stop right there and shave every day of the week.

Have you seen Tom Hardy in a suit? He has a strange bulky frame, but it seems like he has a great tailor behind him, so it’s only easy for him to bring the all corporate look on the red carpet. When you combine that with a slick hair filled with gel and a rogue looking beard, you can get your new look for the next wedding you plan to attend.

You’ll need to learn where to trim and where to grow if you want to achieve this style, but it looks great if you have a strong jawline. You probably won’t look as Tom Hardy, but hey … What’s the harm in trying? Just beware as you’ll need to trim regularly with great precision for this styles.

Do a clean shave and wait for a week or less and you’ll achieve the style. Depending from your face shape, you can trim here and there, but it’s important to shave first, before you even start growing out a stubble.

There are no comments for this post "Tom Hardy’s Beard Styles Virile Beard". Be the first to comment...

There are no comments for this post "Unique beard designs. Tom Hardy’s Beard Styles Virile Beard ➢➢➢ Beard styles". Be the first to comment...