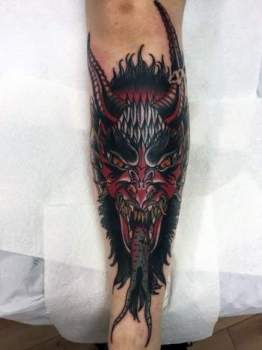 The concept of men’s grooming trends is relatively new. Once upon a time, men were known for their aversion to advanced and detailed maintenance routines. Now, even the manliest men have a medicine cabinet full of skincare products. If anything, the biggest grooming trends of the year prove that masculinity is evolving. Mens facial styles.

Exfoliating, using a vanilla-scented shampoo and rocking some under eye concealer don’t make you any less of a man (even if your workout partners might think otherwise). For once, guys are realizing that it’s okay to take care of themselves. And they might just gain some confidence in the process.

Joe Jonas has found his second wind as the frontman of DNCE, the group responsible for that irresistibly catchy jam, “Cake by the Ocean”. But his career isn’t the only part of his life generating new interest. His hair has taken on a technicolor life of its own. From bright pink to teal, you just never know what color his hair will be when the band shows up to perform. His Day-Glo highlights are indicative of a wider trend spreading throughout men’s grooming: merman hair.

From models to musicians to everyday hipsters, guys are coloring their hair and beards with the brightest colors they can find. The look is fresh and whimsical. But the verdict is still out on whether or not you can pull this off at the office.

Sure, the man bun has been having a moment for a couple years. But it’s not going anywhere no matter how much women might hate it. In case you need a refresher, the man bun is that tiny little knot that guys with long hair are sporting atop their heads. It’s kind of like a truncated ponytail. And guys like Harry Styles and Jared Leto have rocked it equally well on the red carpet and in the Starbucks line.

Everyone is trying desperately to predict the end of the man bun. Most recently, Business Insider took a stab at it. But judging by the millions of man buns on Instagram, they’re not going anywhere any time soon.

Your favorite fashion bloggers might be the guys you turn to for style advice. But in the last year, they’ve also stepped up their grooming game. One of the most common features across the blogosphere is teeth whitening. Whiter teeth can have an unprecedented positive impact on our lives.

For one, selfies become instantly print-worthy. But we also reap the benefits IRL. The whiter our teeth are, the more we want to show them off. That means more smiling. And more smiling makes us all seem more approachable at work and everywhere else. Whiter teeth help boost confidence levels, and nothing attracts a potential new love interest like a megawatt smile.

Movember is well underway. Guys all over the world are letting their facial hair run free to draw attention to important men’s health issues like mental illness and testicular cancer. But our beard obsession extends far beyond these 30 days. Like man buns, every publication has speculated about the end of the beard’s popularity. But that’s just silly.

Beards have helped men look more masculine since the beginning of time. Studies over the last few years have indicated that women find men with facial hair more attractive. And now, thanks to a booming beard care industry, there’s no shortage of products to keep beards in tip top shape.

You’re probably thinking, “No, guys are not wearing makeup”. But the truth is, men’s perception of makeup has changed greatly over the last couple years. They’d probably never admit that they’re wearing it but they’re slowly starting to realize the ultimate benefits. The key here is to make sure you don’t look like you have on makeup.

This trend, known as no-makeup makeup, is benefitting men for a plethora of reasons. If you’ve ever woken up in the morning with dark circles or unwanted pimples, makeup is the solution. Guys are crossing to the other side in order to hide freckles, zits, dark spots and scars. But don’t think they’ve got a compact mirror with blush, eye shadow and liner. Instead, the 2016 man is embracing concealer and foundation in very subtle shades that still look 100% natural.

Men’s grooming, which is now a $21 billion industry, is in a sort of experimental phase. Back in the days of the metrosexual, it was still taboo for men to have both a cleanser and a moisturizer in the bathroom. Now, guys are feeling less inhibited and more willing to test out new ways to look their best and show off their individuality. These top trends indicate that men are slowly seeing the benefits of caring for their personal appearance.

There are no comments for this post "5 Biggest Men’s Grooming Trends of 2016". Be the first to comment...