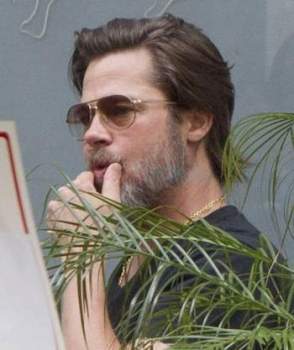 There’s no one correct way to have a beard, but there are a lot of wrong ways to wear one. We asked barbers from across the country to weigh in on how to get the best, most gentlemanly beards around. There’s something here for everyone. Short beard look.

We’re covering some of the most popular short beard styles below.

The purposeful stubble, also referred to as the the shadow, is one of those beard styles that basically requires that you grow out a couple days worth of growth but continue to trim it so that it doesn’t get unruly. The key is to look naturally manly with all that sprouting hair but not like you haven’t showered in a week. This beard style tends to favor men with strong jaw lines since it draws attention while leaving the jaw line exposed in shape. It works well if you naturally grow hair quickly anyway, since it is easier to shape without an awkward growth phase.

The short boxed beard is one of the good beard styles for anyone who wants to keep some regular beard going on but wants to keep things clean and professional. It does require quite a bit more upkeep than a lot of the other beard options however. The beard is characterized by clear lines and a close cut crop, which can create definition on faces that lack a bit in the chin department. Be mindful not to cut the beard too high on your neck even though it isn’t a full beard, as this can throw off your natural proportions.

The neat circle beard cuts off the edges and stays focused on the chin and mustache, while remaining short and clean. This is a good alternative to the purposeful stubble look if your hair tends to grow in uneven or if you are trying to add some oomph to the chin area. Keeping the clean lines is crucial with this one so it is not one of those beard styles for the lazy groomer. To get the circle shape, it’s best to let all of the hair grow out for a few days and then go to work on the shape. Instead of cutting in an actual circle, utilize a shaving stroke that’s made up of many small lines that will end up mimicking the shape of a circle.

The Long But Neat

Keeping these gentlemanly beard styles in check does not necessarily require keeping them short either, it’s mostly about the maintenance and grooming to stay put together factor. The long but neat beard can vary in length dramatically based on your preference, but it must stay trimmed regularly. If it isn’t trimmed then it will just turn into an unruly giant beard, which is fine for some but not sticking with the gentlemanly vibe that we’re going for here. If you’re going to take the long but neat beard to great lengths, then you should consider washing and conditioning it in the same way you would treat the hair on your head. You might need to use a beard balm to control any frizz and keep things in check.

There are no comments for this post "Most Popular Beard Styles for Men: Short, Long Stubble". Be the first to comment...