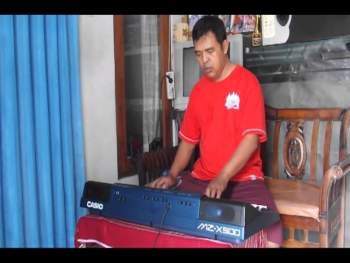 A local council in the Pakistani province of Balochistan has banned ‘designer beards’ New dadhi style.

The ban was announced by the Municipal Committee in the town of Omara, which is the seaside suburb of Gwadar city and has a population of around 35,000. The local council announced the ban at a special meeting held on Friday to discuss a course of action for the upcoming Islamic holy month of Ramadhan.

During the council meeting, a local leader of an Islamic political party, the Jamiat Ulema-e-Islam (F) objected to the growing practice of cutting beards in different shapes and designs by local barber shops. JUI-F leader Molvi Muhammad Amin claimed that the practice of cutting beards in new designs and shapes was against Islamic Sharia (Law) and an act of Blasphemy which needs to be stopped.

Taking note of the objection raised by Amin, Chairman of the Council Amir Iqbal issued orders barring hair dresses from trimming beards into different styles. He urged officials to make sure that the hairdressers are in compliance with the new ruling by Monday.

Speaking to DAWN News of Pakistan, JUI-F leader Muhammad Amin confirmed he had raised the issue in the council meeting and said “In the meeting, Barbers were told that whoever wants to shave can get shave and whoever wants to keep a beard can keep a beard but they were told not to trim beards into different styles.” He also confirmed that he had told the council committee that trimming beards into these new styles was Blasphemy.

Thank you for subscribing.

We respect your privacy and take protecting it seriously

There are no comments for this post "Pakistani Barbers told not to style Beards". Be the first to comment...