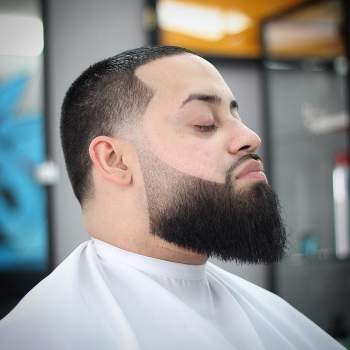 Your browser does not support Javascript. Please turn Javascript on to get the best experience from Mens shaped beards.

Seven of the men tested were found to have bacteria in their beards which were harmful to humans.

If you've been looking for a reason to get the man or men in your life to develop a grooming routine that Queer Eye's Jonathan Van Ness would be proud of, look no further.

We are still living in the age of the trendy beard, with more men than ever honing their beard shapes, styles and aesthetic with zeal. However, it seems that not all men have learned how to keep their facial hair clean.

According to the Daily Mail, researchers from Hirslanden Clinic in Switzerland took swabs from beards of 18 men aged 18-76 and found that all of them contained bacteria.

Seven of the men tested were even found to harbour microbes that posed a threat to human health.

The researchers also tested the necks of 30 dogs, with only 23 of them returning results that matched the level of bacteria in those of bearded men.

"On the basis of these findings, dogs can be considered as clean compared with bearded men."

There are two possible reasons behind this result: the nature of beard hairs which are typically curly and coarse, means that they are more likely to trap dirt and harbour bacteria, compared to dog fur, which can come in a variety of textures and lengths.

Is it all just "pogonophobia" - the fear of beards?

Secondly, as dogs are practically expected to be mucky and in need of a wash, they are cleaned more regularly and well. However, beards are rarely given the same level of attention as the hair on a man's head.

Before you go clutching the razors, support is already out in force in favour of beards. Keith Flett, founder of the Beard Liberation Front - which opposes discrimination against the once-maligned facial feature - rebuked any suggestion that beards are inherently unclean.

"I think it's possible to find all sorts of unpleasant things if you took swabs from people's hair and hands and then tested them," he said to the publication. "I don't believe that beards in themselves are unhygienic.

"There seems to be a constant stream of negative stories about beards that suggest it's more about pogonophobia than anything else."

"Pogonophobia", in case you were wondering, is the fear of beards.

There are no comments for this post "Study finds men with beards could carry more germs than dogs". Be the first to comment...